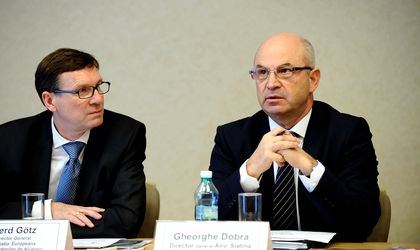 Alro, the local aluminium maker that is part of Russia’s Vimetco, said it may survive on the market only for a few more months if the government does not reduce the level of ecotaxes payable by big industrial consumers.

Gheorghe Dobra, Alro’s general manager, said last week the company was working on different scenarios to cut production this year, which may include the closure of one power-hungry asset. He added that the firm was losing USD 15,000 every hour.

“Romania still has the most generous support scheme for renewable energy and we cannot transfer these costs to buyers because we are part of a global market,” said Dobra.

Under one scenario, Alro would scrap its local operations for good, which would lead to a 3TWh decrease in electricity consumption. This would drive up the mandatory acquisition quota of green certificates by 7 percent, thus increasing the price of electricity, according to Dobra.

Alro’s manager said the European Commission, the executive arm of the EU, was set to approve some guidelines on state aid schemes for the environment and energy sector for the 2014-2020 period. The scheme may offer ecotax exemptions of up to 85 percent. In Romania, around 200 companies would benefit from this measure, according to Dobra.

The aluminium producer last year paid USD 81/MWh, while the average industry cost hovers around USD 37.5 USD/MWh. The company said it had invested around USD 100 million in the past nine years to improve energy efficiency.

“The EU should shield our aluminium industry against the additional burdens that only exist in Europe. This regulatory burden amounts to 11 percent of the cost base of aluminium production,” Gerd Gotz, director general at the European Aluminium Association (EAA), told BR.

Asked if Romania was currently the worst destination for aluminium production in Europe, Gotz said, “Probably today – it is certainly a place that is extremely exposed. If you had asked last December, I would have said the Netherlands, because in mid-December one of the aluminium smelters had to file for bankruptcy as it could no longer pay its electricity bills.”

Trade unions in the energy sector, including some of Alro’s employees, were protesting last week as BR went to press, calling for the approval of the bill deferring the awarding of some green certificates. In addition, workers are asking the government to stop the over taxation of electricity and the deregulation of gas prices.

The changes in the renewable legislation have triggered a political war between Prime Minister Victor Ponta and President Traian Basescu. The emergency government ordinance that deferred the issuance of some green certificates for renewable producers through to 2017 was rejected by the president, who challenged it at the Constitutional Court.

Aluminium prices slid in late November to a four-year low of USD 1,748 per tonne for delivery in three months to the London Metal Exchange as the market grappled with oversupply. Three-month delivery prices for aluminium stood at USD 1,758 per tonne as of March 12.

According to the Financial Times, US aluminium group Alcoa said earlier this year it was closing a key smelter in Australia, while Rusal, the world’s biggest producer, and Rio Tinto, the second largest producer, have also cut smelting capacity. Production in China, meanwhile, grew by 6 percent last year.