Alpine is looking for a buyer for their Romanian assets 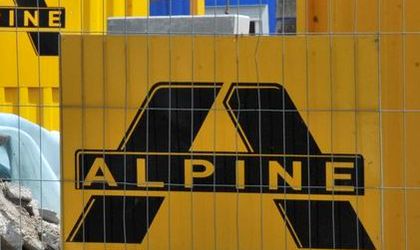 Austrian constructor Alpine, which filed for insolvency in September 2013 (three months after the mother-company in Austria filed for bankruptcy), is searching for a new recover strategy which implies selling their Romanian assets to an investor, according to capital.ro.

‘The recovery strategy for the company in Romania is based on separating Alpine SA from the Austrian group and working independently. We’re looking for an investor  to take over the capital and finance the company. We’re looking to save jobs and bring Alpine SA back in the economic circuit” – Rudolf Vizental, Managing Partner for House of Insolvency Transilvania.

The Romanian branch entered insolvency with debts of over EUR 80 million, Alpine Bau being the biggest creditor, with BCR also on the roll as a guaranteed creditor. Alpine Bau’s bankruptcy, the second biggest construction firm in Austria, generated the dissolution of all the contracts under Alpine SA’s management in Romania. The development sites the company was working on were closed and 440 workers were sent home. Alpine SA’s major project included Brasov’s traffic belt and a segment from the Nadlac-Arad highway.

Alpine had a turnover of EUR 115 million in 2012, making it one of the most active foreign constructors in the local market. The Alpine case is a complete disaster for the real estate market in Austria, which hasn’t been confronted with situations like these since after the Second World War. Currently, Alpine has closed up shop and is being sold piece by piece, after the creditors refused to supply EUR 3 million to finish the projects the company had in development.

Vizental said that Alpine SA’s assets are independent from Alpine Bau’s and as such does not fall under the forced sale procedures.

“Alpine SA’s strategy for reorganization take into account the local market’s specifics as well as the liquidators’ activities in Austria. We are in constant contact with the people over there and we will find a solution that satisfies all the creditors” – Rudolf Vizental.