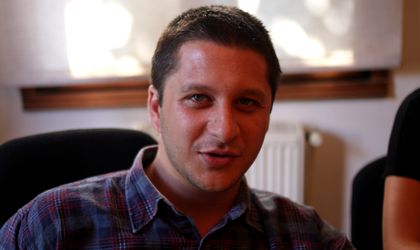 Alex Negoescu has received the awards for excellence in the category “Innovation in communication”, for the courage shown when creating a true out-of-the box campaign like “Testul Puritatii”, brand Aqua Carpatica, that went beyond the conventional advertising and received the most important efficiency award – Grand Effie. It’s a sustained work, year by year, since the launch of the brand, and awarded with numerous efficiency and creativity awards.

“I am very glad that, along with the very good sales results, the campaign “Purity Test” obtained the recognition of the industry,” said Alex Negoescu, Creative Director CohnandJansen JWT.

At the same category was also nominated another agency member, Monica Radulescu, Head of Digital & Senior Strategic Planner, for the “Pasionatii de relaxare” (Passioned by relaxation) campaign, brand Jacobs 3in1, that benefited from an unique and innovative app, that has also received this year a Silver Effie.

Iulia Niculae was recognized as the Young Professional of the Year, a prize awarded by IAA Young Professionals, for the campaign “Doneaza un fan” (Donate a fan), client Special Olympics Romania. Iulia has also been nominated for the same campaign in the category “Doing Good: Voluntary Work”.

The “Donate a fan” campaign gathered 38 Romanian sportsmen and sportswomen in the desire of finding a solution for the NGO’s need of awareness and its initiatives of offering the Special Olympics Romanian sportsmen the attention they so much need and deserve. The campaign proposed the professional sportsmen to “donate fans” by creating a short movie, nomination two famous sportsmen and upload the movie on their personal Facebook page, along with the app’s link. The special Facebook app created by CohnandJansen JWT and Atelieru.ro gathered all the movies and offered the chance for every supporter to join the cause. The results didn’t wait long. The Special Olympics community page rose with 150 percents in just 4 weeks, to 10.200 at the end of the campaign.

“Through the “Donate a fan” campaign we succeeded in showing the Special Olympics athletes that there are a lot of persons who care about them, that are ready to get involved and “play united” along them. In a very short period of time and without resources, their cause became very famous. And the most important, for the first time the SO sportmen who came home with 21 medals, were expected at the airport by real fans, others than their families. I believe we can all generate a change. I am honored to receive the Excellence Award for the Young Professional of the Year. I thank IAA Young Professionals for the distinction,” also said Iulia Niculae, Account Director CohnandJansen JWT.

Besides all the accolades of the night received by the agency, Andrei Cohn, Managing Partner & Creative Director CohnandJansen JWT, was nominated as well for excellence in the category “Entrepreneurship in marcomm”.

The other winners were:

IAA Excelence Awards is an initiative ment to bring public recognition to those personalities that, by sustained efforts, had substantially contributed to the promotion of the marketing and communication industry in Romania. In 2015 the IAA Excellence Awards were at their 7th edition. The awards were deceided by three different commitees: the IAA Board, the IAA Senate and the Commitee of the Previous Years’ winners.