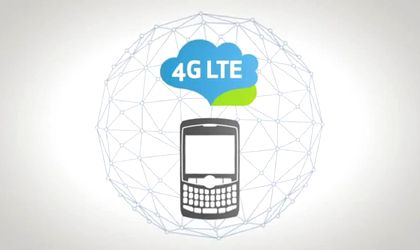 Telecom equipment manufacturer Alcatel-Lucent Romania has opened an LTE lab within the Faculty of Electronics and Telecommunications of the Politehnica University in Timisoara, the company announced in a press release.

The lab required an investment of EUR 200,000 and it will be open for all those who study mobile communications, and especially the LTE 4G communication standard, as well as students who are following the LTE Metropolitan Network course.

The lab is equipped with a complete LTE platform which will allow students to test and understand how the standard works.

This project is part of a 20 year long collaboration between the company and the universities in Timisoara.

During this time, Alcatel-Lucent invested more than EUR 1 million into the Timisoara Politehnica University, having equipped the Alcatel 1000 E 10 digital telephony center, the GSM/2G platform, the Wimax platform and the LTE platform.

“We aim to make our graduates part of the pool of professionals in Timisoara every year, and this project with Alcatel-Lucent brings the new technologies closer to the students in terminal years who are interested in a future career in technology,” said Prof. Marius Oteşteanu, pro-rector of the Politehnica Uiversity in Timişoara.

In March 2014, Michael Combes, CEO of Alcatel-Lucent group said the company would be moving certain operations from costly to cheaper countries, and Romania is one of the countries where the staff will grow.

According to the company official, Alcatel-Lucent should reach 1,600 employees in Romania at the end of 2015. The company has offices in Bucharest and Timisoara.