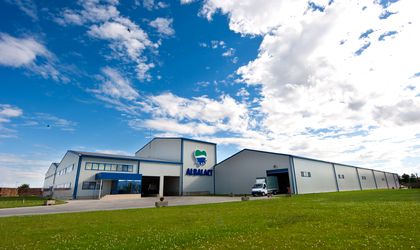 Romanian owned dairy producer Albalact has registered a turnover of RON 237.9 million during the first half of 2015, with net income of RON 207.3 million, according to the group’s financial reports.

Against the same period of last year, the group’s turnover saw a 9.2 percent increase, while its net income went up by 5.8 percent.

Albalact had net profits amounting to RON 4.9 million, up 86 percent year on year.

General director Stephane Batoux says these positive results were mainly due to a new project launched by the company this year, Zuzu Bifidus, a yoghurt range with a combination of live lactic cultures meant to protect and balance the digestive system.

After the modernization of its yoghurt packaging line and introduction of new packaging in its portfolio, the company held a volume market share of 17 percent in the yoghurt segment in 2014 (according to AC Nielsen Retail Audit in the cumulative period January 2014 – December 2014, Romania total).

In 2014, Albalact has completed an investment of about EUR 8 million to modernize and expand the production capacity of the factory in Oiejdea, Alba county, designed to strengthen its position on several market segments.

The group has a portfolio of over 150 products, sold under the five brands: Zuzu, Fulga, De Albalact, Raraul and Poiana Florilor. The company owns 99.01 percent of the shares in Raraul from Campulung Moldovenesc.

Albalact shares are traded on the regulated market managed by the Bucharest Stock Exchange, following transfer from the Rasdaq, starting June 3.

The financial statements include the results for Albalact SA, Raraul SA Campulung Moldovenesc.

Albalact Alba Iulia is the largest Romanian owned company in the dairy industry. Established in 1971 and transformed into a joint stock company in 1990, Albalact was privatized in 1999. With over 900 employees, the company holds 99.01 percent of Raraul Campulung Moldovenesc shares and 100 percent of Albalact Logistic SRL.