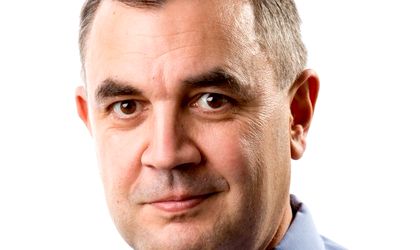 Akcenta Romania,  a non-bank payment institution which performs foreign payments and foreign exchange transactions for its clients with import and export operations, posted a significant growth in the first nine months of the year, tripling its clients’ base from Q1 to Q3, and reaching to EUR 4.1 million turnover in the same trimester, six times more compared to Q1 and more than double compared to Q2. Also, client’s base tripled in nine months, to reach to over 200 by the end of the year.

Akcenta started its activity in Romania working initially with a small number of clients acquainted to company’s services due to their overseas commercial exchanges. “We are happy to see the Romanian companies are more and more open and keen to use our services. Akcenta’s clients’ base in Romania started small number, but developed exponentially: it increased 10 times in Q1, doubled in Q2 and increased by a further 50 percent in Q3. Considering the evolution during the first nine months of the current year, Akcenta expects to achieve by the end of the year its 220 clients’ milestone it set up in May,” said Theodor Stefanovici, country director for Romania, Akcenta.

When it comes of the clients that use Akcenta’s services, the ones that started to use them in the recent months are active in sectors like fruits’ export, bio home-made syrup, fish growers or constructions adhesives.

In the first nine months of the current year, around 1,000 transactions were made through Akcenta’s transactions’ platform, with their number doubling every quarter. Over half of the total number of transaction were made during Q3. To make everything easier for its clients, Akcenta recently announced the launch of a new version of its online transactions’ (OLB) platform, which came with a new graphic interface and is programmed in HTML5.

The Romanian businesses sending most payments abroad are furniture importers, building materials importers and businesses specialized in climbing / mountaineering products. On the other hand, the Romanian sector that receives most payments from abroad is the metallic constructions sector.

Akcenta has activities on Central Europe, such is Czech Republic – market where the company is active since 1997 – , Slovakia, Poland, Hungary and Romania, and has close to 27,000 clients on the named markets. The company posted, for Q3 2015, an EUR 790 million turnover.

In Romania, Akcenta runs its activities under an operations licence issued by Czech National Bank and transferred to Romanian National Bank, as a result of a notification process in accordance to art. 17 and 25 of the Directive on Payments Services (Payment Service 2007/64 / CE). Akcenta’s activity is confirmed in the official public registry from Romanian National Bank, available on BNR’s website.