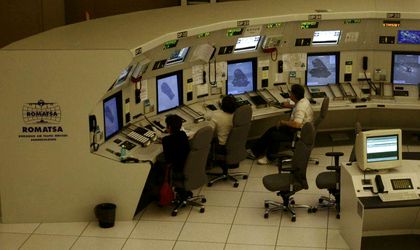 Romatsa air traffic controllers had programmed a general strike for Tuesday, September 1, which they renounced after their requests have been met in a new collective work contract, according to Mediafax.

The unions negotiated with Romatsa (the Romanian administration for air traffic control management throughout the weekend, announcing on Monday morning that they have reached an understanding, but that they would only cancel the strike if the collective contract was to be registered the same day.

Gabriel Tudorache, leader of the Syndicate for Air Traffic Services (ATSR), said in turn that all 14 claims of the employees were approved by the Romatsa management.

“Outside of that, we asked, as required by law, in order to be able to announce the cancellation of the general strike, to have the collective work contract signed and registered. The fact that the strike was cancelled is a step forward. We never wanted this strike, and the fact that tomorrow no passenger will be affected makes us happy. All 14 provisions that were approved impacted travellers’ safety and they were needed,” said the union leader.

Sed Lex, the National Alliance of Budgetary Unions, announced they also cancelled their protest actions in support of the general strike. However, during a meeting scheduled to happen on September 9 representatives will establish a calendar for protest actions connected to the wage law.

The union representative said that one of the problems is that the former director Aurel Stanciu created new positions that hire people with permanent contracts, approving a new organization starting March. Now, after negotiations, the old organization plan was adopted and management is analysing individual cases in order to adapt decisions to the new contract.

The unions had accused the Romatsa director Aurel Stanciu of not respecting agreements that had been made in writing with the Transport Ministry. In Friday, after the director announced his resignation, the transport minister Iulian Matache urged employees to cancel the strike, saying that protest is useless and it would affect air activity and the “comfort of the citizen”.

Employees in turn said that their demands were matters of “life and death” and affected the safety of passengers, announcing the strike would happen unless their 14 requests were met.

Aurel Stanciu has resigned after being appointed Secretary of State for Transport, a decision signed by prime minister Victor Ponta and published in the Official Gazette on August 25.

On July 15 Romatsa unionists had entered a warning strike for two hours, during which time only 33.3 percent of the air traffic of a typical day was covered.

Among their claims, they demanded retirement at 55 and the introduction of a stipulation saying that, after this age, a traffic controller should be able to take up another work post in Romatsa, according to their level of preparation.