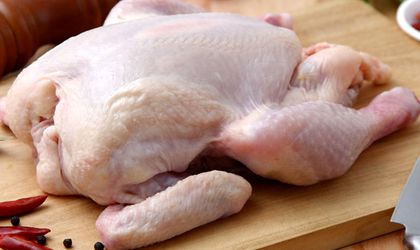 Romanian meat producer Agricola Bacau sold 9,000 tons of poultry in the first quarter of this year, up by 9 percent compared to the same month last year, the company has announced. This was the largest volume ever sold during the first three months of a year, said Grigore Horoi, the president of Agricola Bacau, adding that the producer is on track to meet the 36,000 tons target for 2015.

Poultry sales increased by 7 percent in value as average prices dropped both on the domestic market and elsewhere in the EU, according to company representatives.

Overall, the Agricola Bacau group of companies reported a RON 135 million (approximately EUR 30 million) turnover, up by almost 2 percent against the same period last year. By comparison, in Q1 2014 the producer reported a 15 percent increase against Q1 2013. The lower growth rate reported this year was triggered by some companies part of the group that saw sales drop or reduce their growth rate.