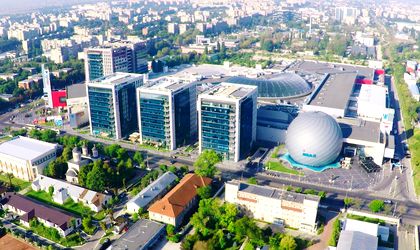 Two weeks before being delivered, AFI Park 4&5 reached a 50 percent occupancy rate, real estate developer AFI Europe Romania announced. This means that 16,000 sqm have been pre-leased of the total surface of the towers.

Cameron, one of the tenants in AFI Park 1, will expand and relocate its offices into the newly built offices.

The other three companies which have signed agreements for spaces in the two buildings come from the IT&C industry. SII Romania, a company specialized in providing technology services and solutions for medium and large enterprises, has leased 3,000 sqm on the 10th floor of the office buildings, while another 3,000 sqm will be occupied by a new entry to the IT&C Romanian market. Additional several thousands of sqm are taken over by ORTEC Central & Eastern Europe, a company active in the advanced planning software and operations research field.

The ground floor of AFI Park 4&5 will host Italian restaurant “Trattoria Uno”, next to “Tucano Cafe” and a show room location leased by “Pinum Doors & Windows”.

With spaces built according to tenants’ planning and design, all AFI buildings boast an estimated reduction of 40 percent in energy and water consumption, as well as several back-up solutions including electricity high voltage supply from two different sources that insure AFI Park 4&5 tenants a 24/7/365 days continuous activity.

AFI Park consists of five Class A office buildings totaling 70,000 sqm of GLA, which are linked to the AFI Palace Cotroceni Shopping Mall (82,000 sqm GLA). The complex (152,000 sqm of leasable areas) is easily accessible through the public transport system, with a nearby Metro station (Politehnica), located only 250 meters from the project, in addition to 12 different bus and tram lines that are serving the mall and the business park.

In July 2015 AFI Europe has signed an agreement to purchase a 40,000 sqm plot in the City Centre of Brasov for the development of a 45,000 sqmGLA shopping mall and 11,000 sqmGLA office project.