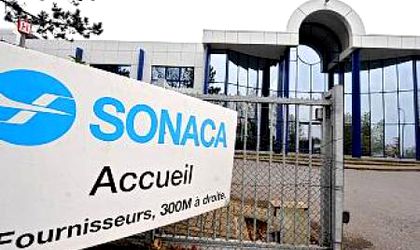 The European Bank for Reconstruction and Development (EBRD) has allotted a US 8.5 million loan to the aerospace company Sonaca as it expands to Romania, boosting Romania’s “fast-growing manufacturing sector”, says a press release from the EBRD. “The new operation in Romania will strengthen our competitiveness of Romania’s private sector and drive job-generating foreign direct investment in the country”, said Bernard Delvaux, CEO of Sonaca SA.

The company is involved in the development, manufacturing and assembly of advanced structures for large aircraft and has served leading enterprises such as Airbus, Embraer, Dassault Aviation, Bombardier, and Gulfstream, according to EBRD. Within the next two years, the firm aims to build a plant in north-western Romania to produce wing components for leading aircraft manufacturers Airbus and Embraer within two years, also said EBRD.

The new plant is meant to contribute to the sustainable development of the Romanian aerospace industry, according to Matteo Patrone, EBRD Regional Director for Romania and Bulgaria. “We firmly believe that the plant will demonstrate that high-quality elements for wing aerodynamics can be produced here, and that this will attract further investment into higher value-added manufacturing in the country and strengthen the local knowledge base”, he added further.

The EBRD is a leading institutional investor in Romania and has invested over EUR 7 billion in the country to date, also mobilizing more than EUR 14 billion from other financing sources, said the EBRD press release.

Headquartered in Belgium, Sonaca has production facilities in Belgium, Canada, China, Brazil and Romania, with over 2,500 employees worldwide.