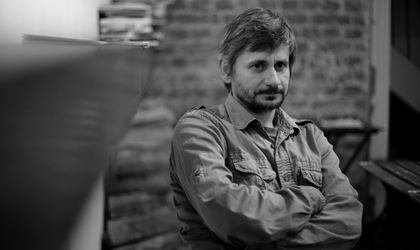 Romanian independent production Ilegitim / Illegitimate, directed by Adrian Sitaru, will have its world premiere at the 66th edition of the Berlin International Film Festival (Berlinale), which takes place this February in Berlin, Germany.

The film was selected in the Forum section of the event, which will show a total of 44 films in its main program, 34 of which are world premieres. “Avant garde, experimental works, essays, long-term observations, political reportage and yet-to-be-discovered cinematic landscapes: the International Forum of New Cinema, Forum in short, is the most daring section of the Berlinale”, notes the festival’s website.

“When learning about their father’s past in communist Romania, the lives of four adult children are shattered. The twins, Sasa and Romeo (22) have an incestuous relationship that has been going on since they were children. When Sasa becomes pregnant, their older brother Cosma desperately seeks a solution to keep his family together”, seems to the the synopsis of the movie, provided by IMDB.

“Ilegitim it’s a combination between humour and drama in a tragicomedy about love (conjugal, fraternal, physical), about the end of relations, for or against life choices, and about the physical love between two brothers, a taboo topic very little discussed but included in numerous specialized researches,” declared director Adrian Sitaru in the press release announcing movie’s nomination.