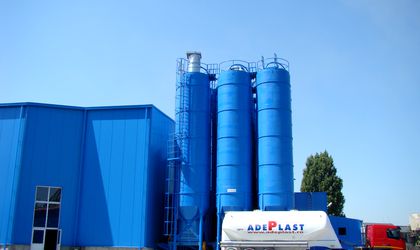 AdePlast, Romanian producer of construction materials, casts a hopeful eye to 2016, after registering a 5 percent growth across all production divisions in 2015, shows a company press release.

“The positive evolution announced in the construction field can even lead us to a two-digit advance in turnover,” said Marcel Barbut, owner of AdePlast.

The highest growth was registered in the polystyrene foam production, where a record level of 980,000 meters cubed was reached, and AdePlast expects to go over the 1,000,000 cubic meters mark this year.

Barbut commented that “construction firms and final beneficiaries are focusing more and more on quality products, at the expense of the lowest price. We’ve noticed this in our sales too, where we have massive growth registered for EPS 80+ polystyrene and falls in the EPS 50 segment. It’s a sign that the era of the lowest price has come to an end.”

In 2015, AdePlast had a turnover of RON 305.7 million (up 1.75 percent over the previous year) and a net profit of RON 13 million, their EBITDA level being RON 46 million. “The difference from the growth in the production divisions comes from the fact that in 2015 we had to relinquish the sale of extruded polystyrene (XPS), which we didn’t produce in our factories”, the XPS production becoming unprofitable due to the resources involved, explained Barbut.

This year, AdePlast will also undergo a change in their development concept, involving among other things “the refreshing of our project to build a stone wool plant, strategically placed for easy access outside the borders, 60 percent of its product being destined for exports”, said Barbut.

Initially AdePlast had planned to build the stone wool plant in 2014 and qualified for EUR 7.3 million in state aid. They eventually decided against going forth with the project “because equipment suppliers at the time could only offer us fairly polluting production technologies based on carbonite and gas” that, while legal at that moment, “could have created problems for us in the future”, said Barbut. As such, the new plant will be financed “through own resources, but also a new state aid and, especially, bank support”, he added.