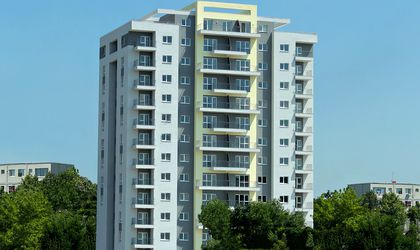 The two buildings are part of the Edenia Titan and Evocasa Optima residential projects located in the Titan neighborhood and will consist of 210 apartments – studios, one-bedroom and two- bedroom apartments.

The Edenia Titan project was begun in 2009 and presently comprises two buildings with 226 apartments which have been all sold. The third building will have 126 apartments and will be delivered by the autumn of 2013. The project is meant to be extended to 6 buildings.

Evocasa Optima was delivered in 2010 and consists of 83 apartments, 82 percent of which have been sold. Work of the new building which will have 83 apartments have already begun.

Adama is a property developer active in Romania, the Republic of Moldova, Ukraine and Turkey. On the local market it has developed residential projects such as Evocenter One, Evocasa Armonia, Edenia Titan, Evocasa Optima and Evocasa Selecta in Bucharest, Evocasa Orizont in Ploiesti,  Evocasa Completa in Bacau, Evocasa Viva in Brasov and Copou Bellevue in Iasi. Until now the company says it has sold more 1,000 apartments in Romania out of the 1,500 it has built. The company has also invested in office and retail projects.