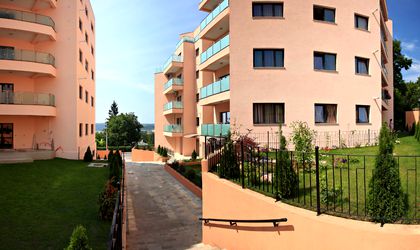 Real estate developer Adama has delivered the last development phase of Copou Bellevue, its residential project in Iasi, eastern Romania, the company announced today. This consisted of a five-storey block with 50 apartments which required a EUR 1.7 million investment. The money came from Adama’s own funds. Some 75 percent of the apartments have already been sold since March, according to the real estate developer.

Adama is active in Romania, the Republic of Moldova, Ukraine and Turkey.  In Romania it has built so far over 1,700 apartments in addition to commercial and office projects. It owns the Evocenter One, Evocasa Armonia, Edenia Titan, Evocasa Optima and Evocasa Selecta residential projects in Bucharest, Evocasa Orizont in Ploiesti, Evocasa Completa in Bacau, Evocasa Viva in Brasov, and Copou Bellevue in Iasi. According to its data, it has sold over 1,200 apartments so far.

The developer is considering the Berceni, Razoare and Vasile Lascar areas of the capital for its next projects but says it is difficult to give a precise timeline for beginning works. “On one hand there is the process of obtaining all the authorizations and permits and there is also the market’s evolution,” she outlined. Adama is currently in the process of getting the necessary permits and will most likely begin a new project in the first quarter of next year, she added.

2019 – the best year for the Romanian residential sector