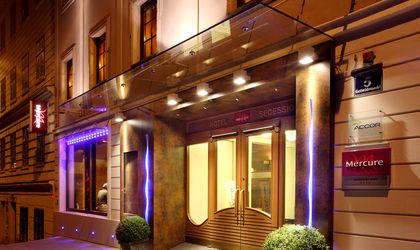 French hotel group Accor will open its first local Mercure hotel in Bucharest by the end of this year, according to Zoltan Kiraly, director of brand operations, communications & PR at Accor for Eastern Europe. The company is already present locally with the Ibis, Novotel and Pullman brands.

“The Mercure hotel in Bucharest, located in the city center close to the Romanian Athenaeum, is being developed with a local partner and investor, and will be managed by Accor,” he said. The company already runs a Novotel hotel in the same area.

Mercure is positioned as a non-standardized midscale hotel targeting both business and leisure travelers. Accor currently manages a network of nearly 750 hotels under this brand in 50 countries.

The French operator is present in Romania with six properties. It operates four three-star Ibis hotels, which have a combined 760 rooms and 24 conference halls. Two of the four units are located in Bucharest, Ibis Gara de Nord (opened in 2001) and Ibis Parliament (2005), and the other two are in Constanta (2005) and Sibiu (2009). The hotels are run in partnership under a form of management contract with Continental Hotels which owns the properties. The group also manages a Novotel and Pullman hotel in the capital.