About half of Romanians intend to buy during Black Friday, study says 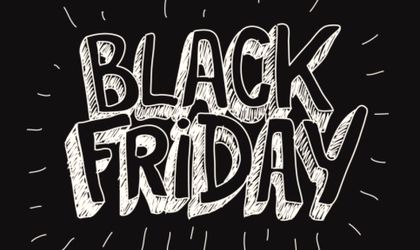 According to a study by brand research company Millward Brown Romania, 44 percent of Romanians aged between 18 and 65 are planning to buy something during Black Friday promotions. Compared to 2012 data, the numbers have almost tripled, while the number of people who have heard about this type of promotions reached 71 percent.

When it comes to population segments, men and young persons (aged 24 to 34) show most interest in the offers, with 63 percent of men and 64 percent of young persons expressing intent to buy.

This year, most Black Friday shopping lists will have, on average, between 2 and 3 products, increasing compared to 2014. On this list are found most frequently TVs, cited by 40 percent of respondents, small appliances (39 percent), such as vacuum cleaners, blenders and kitchen robots, and mobile phones (22 percent). Washing machines and refrigerators are the following two categories of products present in Romanians’ preferences for Black Friday, being mentioned by 18 percent and 17 percent of those interviewed regarding the purchase intention.

Compared to last year, TVs registered a 10 percent increase in interest, followed by washing machines (8 percent), cooking stoves (6 percent) and refrigerators (6 percent), while small appliances (3 percent) and mobile phones (1 percent) increased only slightly. Laptops stayed at a 17 percent interest level, while clothes and shoes both dropped 2 percent in preferences expressed (15 percent for clothes and 6 percent for shoes). The biggest fall (4 percent) was seen by tablets, which reached 8 percent this year.

Asked what stores they preferred, respondents’ first choices were eMag (30 percent) and Altex (21 percent), followed at a distance by Flanco (9 percent), Carrefour (8 percent) and Kaufland (3 percent). Media Galaxy, Auchan and Domo attracted 3 percent of the votes each, while Lidl (2 percent) and Cora (1 percent) ranked last.

The study was carried out by Millward Brown Romania between November 4 and 5 on 2,000 respondents from the urban and rural area, aged 18 to 65. Millward Brown Romania is a research company part of the Millward Brown network. In 2014 it posted a EUR 4.04 million turnover and net profit of EUR 568,611 (almost fourfold the one registered in 2013). The company also tripled its employee number, jumping from 39 in 2013 to 115 in 2014.