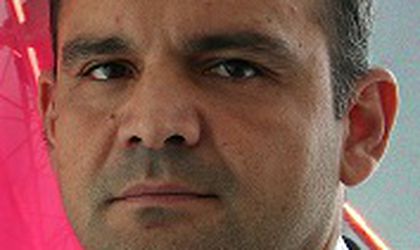 Telecom equipment provider Alcatel-Lucent announced that about 300 more people will join its team in Romania, to work mainly on its Timisoara premises.

Florin Petolea (in picture), general manager of Alcatel-Lucent Romania, said the new people will be hired in the R&D and 4G areas of activity.

Alcatel-Lucent employs currently 1,300 employees in Romania, 900 of whom work in R&D.

The company has two centers, one in Bucharest and one in Timisoara.

Petolea said Alcatel-Lucent has an active partnership with Politehnica University, wherefrom graduate approximately 400 students. The company has developed for students a course on 4G technology and a course on shared services.

“Our strategy lies in the ultra-broadband. On the fixed side, we are investing in a technology called vectoring, which allows to deliver 100 Mbps. We have such a project rolling out in Germany,” said Petolea.

Petolea evaluated that telecom operators invest annually roughly between EUR 400 million and EUR 500 million on the Romanian market, but only half of this sum is spent on telecom equipment, the rest being civil works, fiber optic and emission towers.