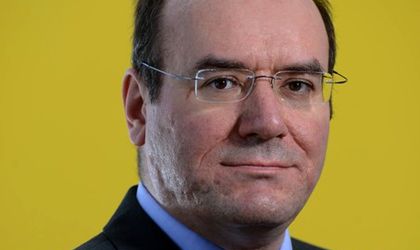 According to the EY study Barometer of family businesses in Romania, 29 percent of Romanian family businesses with incomes over EUR 1 million have successfully transitioned to the second generation of entrepreneurs, while 67 percent of them continue to be led by the founder and are preparing for succession.

While locally 32 percent of the businesses are run by leaders from the second or third generation, globally the percentage stands at 53 percent.

Globally, the administration board is identified as the main responsible for carrying out the succession (44 percent), followed by owners and CEO. In Romania, the owners are responsible for this process in 76 percent of cases, followed by CEOs (15 percent) and the board of directors (9 percent).

Family members who will take over the firm are usually required to gain experience outside the company first. In the case of Romanians, 69 percent of family businesses with revenues exceeding EUR 1 million request a median of three to five years of outside work, while globally the requirement is usually at the lower end (three years)

Among family businesses with revenues exceeding EUR 1 million, 82 percent organize regular meetings to discuss family business, most of them meeting three times a year for this purpose, while the global share rises to 90 percent.

“Only 18 percent of families with turnover exceeding EUR 1 million among the interviewees do not meet regularly to discuss matters of business, most of them meeting often: 10 percent meet daily, and 8 percent weekly. Constant communication between family members on the issues of business increase the involvement and empowerment around the business. It also supports business performance, increasing speed of response to market changes,” said Alexandru Lupea, partner and strategic growth markets leader, EY Romania.

The Barometer of family businesses in Romania is the first EY study dedicated local family business. 699 businessmen responded between 17 September and 1 October 2015 to an online survey, of which 400 shareholders, chairmen or members of the board, CEOs, COOs or CFOs in a family business. Of those 400, 90 family run businesses with turnover exceeding EUR 1 million.

Active in Romania since 1992, EY employs 650 people in Romania and Moldova, with offices in Bucharest, Cluj-Napoca, Timisoara, Iasi and Chisinau.

Alcohol Addiction And Family Businesses – How Is It Plaguing The Closest Knots?