A Romanian gets appointed CEO of Holcim Serbia 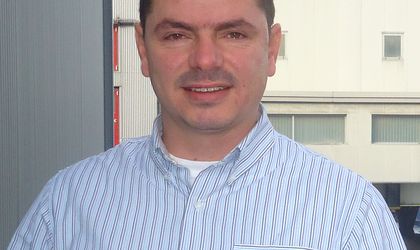 Claudiu Soare, 42, was recently appointed CEO of Holcim Serbia, the company has announced. He has been member of Holcim Romania team since 2000 and afterwards he worked as project manager at Holcim Services EMEA (Europe, the Middle East and Asia) in Madrid.

Soare (pictured) started his career at Holcim in the ready mixed concrete and aggregates (RMX&AGG) division as a project manager in 2000 and one year later he was appointed regional manager.

In 2007 he became technical manager RMX & AGG and in 2011 he moved to Holcim Services EMEA, a shared service centre based in Madrid,Spain. Soare holds a master’s degree in Electro-Mechanical Engineering and a MBA.

Claudiu Soare is not the only Romanian employee promoted by Holcim at regional level over the past year.

Horia Adrian, 43, who was previously CEO of Holcim Russia, was appointed this September area manager for Eastern and Southeastern Europe.Adrian joined Holcim Romania in 2000 as a project manager and then was assigned to Holcim Azerbaidjan, where he was appointed sales & marketing director and later on CEO. He holds a PhD in Mechanical Engineering and an MBA.

Another career development of a former Holcim Romania employee within the Holcim Group,was announced this year with the nomination of Roxana Marin-Simen as the secretary to the executive committee of Holcim Ltd and head of the CEO office. She joined Holcim Romania in 2005 and Holcim Group Support inZurich,Switzerland in 2009. Simen holds a degree in business administration from the Academy of Economic Studies in Bucharest and a Certificate of European Studies from Trier University.