A modern four-star hotel reveals a piece of Bucharest history 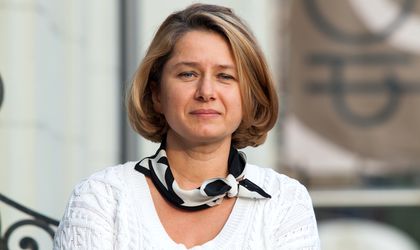 Georgeta Grecu, manager of Cismigiu Hotel, tells Business Review about the colorful history of the renovated four-star property, its place on today’s local hospitality market and its performance since its December 2012 opening.

When was the hotel re-opened and how much did Hercesa invest in its renovation?

Cismigiu Hotel is located on the well-known Queen Elisabeth Boulevard, within walking distance of Bucharest’s historical and commercial center. The building has its original façade from 1912, while the interiors were built from the ground up and benefit from the newest, most modern technologies and design, giving back to the city of Bucharest the same emblematic building it always was, now with a mix of functions: offices, commercial spaces and a boutique hotel. It was re-opened to the public in December 2012 when it also celebrated 100 years since its launch. The investment made by Spanish company Hercesa in its renovation was EUR 15 million.

How is the hotel positioned on the market now?

At present Cismigiu Hotel is positioned on the market as a four-star hotel, offering its customers 60 apartments of areas between 38 and 55 sqm and other facilities such as a gym, seven meeting rooms for workshops and conferences and an amphitheater on the ground floor, within Cervantes Institute, with 120 seats. On the ground floor there is also Gambrinus Restaurant, well known on the local market for its associations with the great Romanian dramatist, Ion Luca Caragiale.

How has the business evolved since its opening?

Initially when we opened the hotel we intended to exceed rapidly an occupancy rate of 50 percent. We did it in less than a year and a half. Now the Cismigiu Hotel posts above the average occupancy rate in Bucharest and generates a turnover of over EUR 1 million. The growth was more pronounced in the first two years since opening, at about 25-30 percent each year. In 2015, three years since its opening, we intend to increase turnover by as much as 5 percent on 2014 and we will focus on maintaining the high quality that we give our guests.

Can you give a short description of the hotel’s typical customer?

Although Bucharest is still a business destination, which we can see especially during spring and fall, leisure tourism has begun to grow each year. The development and promotion of the Old Town and the city itself generates an increase of the number of city-break tourists who could then become interested in Romanian tourism. Because Cismigiu Hotel is close to the Old Town, it is popular with both businesspeople and tourists. The business segment, including the “extended stay” sector which has posted an accelerated increase this year – makes up over 70 percent of our total accommodation. There are also leisure customers – young families with children who want to discover new European destinations and want an apartment that allows children and adults to stay in the same room. In summer we have senior tourists that come mainly from Germany, Great Britain and the Nordic countries. They want more comfort and are less price sensitive. Last but not least, conferences and workshops generate 8 to 10 percent of the monthly room nights sold. The reason is that trainers like to stay in the hotel where their conference is taking place.

In your opinion, what differentiates the hotel from other players that are active on the hospitality market in Bucharest?

The quality of the hospitality experience afforded by our generous apartments, modern facilities and the qualified personnel that work in our hotel are some of Cismigiu Hotel’s competitive advantages. Its façade with balconies and the view over Queen Elisabeth Boulevard and Parliament Palace are other features that make the difference.

Cismigiu Hotel is one of the oldest symbols of Bucharest. How much does its story “sell” to your customers?

In 1856, long before it was a hotel, the site of the current Cismigiu Hotel was the house of Samesu Dumitrache and “Bibica Rosetti”. At that time, the area between the National Military Building and Cismigiu Garden was covered by large gardens with few houses. The story begins with the construction of the first buildings on Queen Elisabeth Boulevard and the inauguration of Palace Hotel back in 1912. This story sounds good and it sells! Most of our foreign customers ask the meaning of “Cismigiu” and are surprised to hear its connection with “fountain” (in Romanian, cismea) and the history of the first public fountain in Bucharest. Our Romanian guests know more about the hotel and its history and make connection between it and the Gambrinus brewery. Many of them come just out of curiosity to see how the building has been transformed since its renovation. The proper combination of the old-style façade and modern interior with industrial stairs, modern paintings and designer lamps surprise visitors and make them stay at our hotel for longer.

How would you describe today’s hospitality market in Bucharest in terms of development and potential for growth?

The hospitality industry is in full expansion worldwide, posting an increase of 4 percent a year. Romania cannot lag behind and will follow this trend. Bucharest is becoming more and more a leisure destination for MICE (Meetings, Incentives, Conferences, and Exhibitions) that adds to the slow increase in business tourism. This will generate new openings of hotels, restaurants and spas. It would be ideal if the necessary infrastructure developed in line with market demand. There is a huge need for large congress rooms and quicker transportation alternatives to the airport.