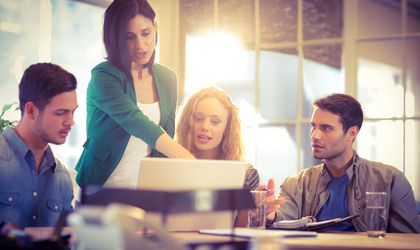 This year, seven percent of Romanian employers intend to reduce the number of employees in the next three months, while a little over a quarter (26 percent) want to hire more people and two thirds predict no changes in terms of workforce, according to a Manpower study on Workforce Hiring Perspectives, as cited by Mediafax.

Thus, in Bucharest and Ilfov, employers reported the highest perspectives in almost five years, since the third quarter of 2011. The net hiring perspective went up by 7 percent compared to both the first quarter of this year and the second quarter of 2015.

In the south-west region, the net hiring prediction rate saw the highest levels in eight years, since the second quarter of 2008 before the crisis, according to the Manpower study, cited by Mediafax. Only 2 percent of employers in the region intend on cutting the number of employees, registering the lowest percentage country-wide.

Employers in nine of the ten industries included in the study said they were expecting growth in terms of personnel between April-June 2016, adds Mediafax. Thus, 41 percent of employers from the manufacturing industry intend on hiring in the second quarter of this year. Excluding the constructions industry, this is the highest number among the industries, and has increased by 4 percent year-on-year, reaching plus 26 percent.

Employers from larger companies, with over 250 employees, reported the higher net hiring prediction rates (22 percent), while small and medium enterprises “remained more cautious,” with a 4 percent rate, according to Mediafax.