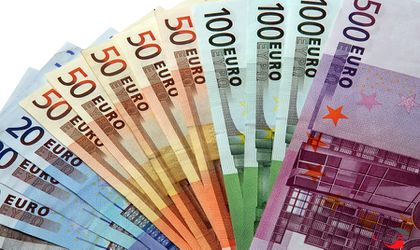 A recent study by the European Commission shows that Romanians favour the adoption of the euro, as opposed to most other countries that have not yet adopted the currency. Romania is the only country in favour of the early adoption of the currency (40 percent favour this, while only 22 percent want it to be introduced as late as possible). In contrast, a relative majority of all respondents (42 percent) would like the euro to be introduced as late as possible.

The study covered the seven countries that have become members of the European Union but have not yet adopted the currency: Bulgaria, the Czech Republic, Hungary, Poland, Romania, Croatia and Sweden.

A majority is in favour of joining the euro in Romania (68 percent), along with Hungary (60 percent), Bulgaria (55 percent) and Croatia (53 percent). In the remaining three countries a majority of people are against the idea: Poland (53 percent against vs. 44 percent in favour), Sweden (66 percent vs. 32 percent), and the Czech Republic (70 percent vs. 29 percent).

Even though our country registered such high rates in favour of the euro, against 2014 there was a 6 percent decrease. A decrease was also seen in the number of people who would like an early adoption of the currency (a 4 percentage points drop).

While the majority of people polled (53 percent) think that the introduction of the euro would be negative for their country, Romania (54 percent positive vs. 39 percent negative) and Hungary (50 percent positive vs. 44 percent negative) are the only two countries where at least half think the euro would have positive consequences for their country. However, the number of people in Romania who believe the consequences will be positive has dropped by 3 point since 2014.

In countries across European member states that have yet to adhere to the euro, a relative majority of respondents (47 percent) say the euro will have negative personal consequences, with the Czech Republic taking the lead (63 percent).

More than half of the respondents in Romania (59 percent) and Hungary (53 percent) say the introduction of the euro will have positive personal consequences, our country registering nonetheless a decrease of 5 percentage points against 2014.

Though 53 percent of respondents in Romania believe the introduction of the euro will lead to an increase in prices, over one quarter of Romanians (27 percent) feel like our country is ready for this. In comparison, two thirds of people in all seven countries think they are not ready. Around eight out of 10 people say this in Poland (86 percent), Czech Republic (82 percent) and Hungary (79 percent).

When asked how many countries there are in the euro area, only 24 percent of Romanians knew the correct answer, our country scoring lowest at this question among the seven countries polled.

When it comes to staying informed about the introduction of the euro in our country, Romanians are the most enthusiastic among the seven countries (33 percent). For them, the most trustworthy sources for this type of information would be European institutions (62 percent of respondents, the highest rate among the seven countries). Local government institutions gathered 46 percent of votes, while fiscal administrations got 44 percent, both of them showing an increase against 2014.

Though trust in information provided by journalists is low across all countries, Romanians seem to have the highest level of trust in their media, with 33 percent of respondents choosing it as a trustworthy source (compared to 17 percent in Croatia, lowest on the scale). Over half of Romanians (58 percent) think that television is the most useful way of receiving information about the euro and the changeover.

Romania (59 percent) is the only country in which over half of the respondents think that adopting the euro will reinforce the place of Europe in the world. At the other end of the scale, only 27 percent of people in Croatia and 38 percent in the Czech Republic think the euro will have this effect.