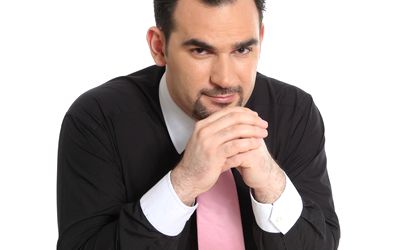 The new Fiscal Code which comes into force starting January 2016 contains a provision that has escaped most real estate players, but will have major effects on the market, states Ilias Papageorgiadis, CEO of More Group Companies, on his blog.

The mentioned provision modifies the limit on apartments which will have a 5 percent VAT, taking it from RON 385,000 (about EUR 85,500) to RON 450,000 (about EUR 100,000). Property that goes above this price will fall into the standard VAT category, which will also see modifications, going down from 24 percent to 20 percent.

According to Papageorgiadis, 90 percent of Romanians or foreigners buying real estate in Romania usually go for property that is below the current threshold, mainly in a bid to stay within the 5 percent VAT range.

Besides that, the market itself has been influenced by this limitation, leading to  developers projecting and selling mostly property that falls within the first category, knowing that buyers would avoid real estate that falls in the 24 percent VAT.

Papageorgiadis divides the residential market in Romania in 4 categories:

Taking this structure into account, the RON 385,000 limit meant:

The RON 65,000 that will be added to the upper limit starting January will surely change the structure mentioned above, leading to possibly larger apartments falling still in the 5 percent VAT category, to more customers buying larger spaces, to more real estate projects expanding to three bedroom apartments and even larger apartments closer to the centre of the cities.

This rise in the VAT limitation offers positive perspectives for the real estate market, especially for buyers who will be able to access properties that better fit their housing needs without having the feeling they need to pay more than it is worth it for an extra room, Papageorgiadis concludes.