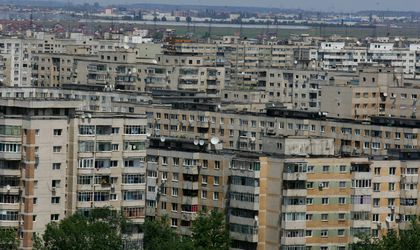 Almost half of the families in Romania (46 percent) are living in studios or one-bedroom apartments, according to a market study conducted by BCR Real Estate Bank (BCR BpL) with support from the Romanian Institute for Surveying Public Opinion (IRSOP), reports Agerpres.

Having too many people living in too small a space leads to other questions in relation to “the daily life of a four or six-people family living in a one-bedroom apartment” such as where they eat, what privacy can they enjoy, where do they store their things, where do they get ready for school or work and even how they handle different preferences, as posed by Datculescu.

Overcrowding is a long-standing problem in Romania, with the country reporting the highest rates among EU member states since 2012, according to Eurostat statistics ranging from 2012 to 2014. Between 2012 and 2014 the rate actually registered a small increase from 51.6 percent to 52.2 percent, while Hungary and Poland, the countries with the second and third highest rates, registered modest decreases in the overcrowding rate from 47.2 percent to 44.6 percent and from 46.3 percent to 44.2 percent, respectively, according to the Eurostat reports.