40 companies will debut Wednesday on AeRO 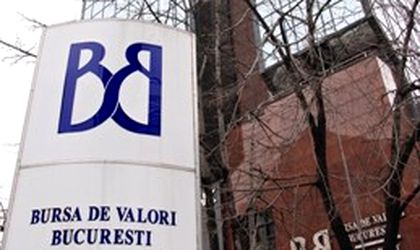 40 companies from diversified economic sectors will debut Wednesday, July 29, 2015, on the AeRO market, after the transfer from Rasdaq and the Unlisted segment of the market, according to Bucharest  Stock  Exchange representatives.

Among companies making the change are Atelierele CFR Grivita, Bucur Obor, Cocor and Uzinexport from Bucuresti, along with entries from other cities, like Tratament Balnear Buzias, Uniteh Timisoara or Neptun Olimp Neptun.

AeRO  market  is  the  equity  segment  of  the Bucharest  Stock  Exchange (BVB)  alternative  trading  system.  It is a market segment designed for listing of early stage companies, start-ups and SMEs, to finance their projects, growth stories, increase their visibility and contribute to the development of the business environment.

Based  on  the  BVB  alternative  trading  system  existing  since  2010,  the  AeRO  market,  under  its redesigned and reconstructed concept, was launched on February 25, 2015. At the present, there are 129 companies admitted to trading on the AeRO market, with a cumulated market capitalization of RON 2.15 billion (EUR 486.5 million).