4.3 pct of Romanians have Windows 10 three weeks after its launch 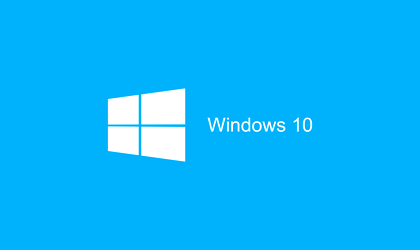 Windows 10 was launched three weeks ago and users across the world have been invited to download and install the operating system for free, following a test of compatibility of their systems. According to Mediafax, data from WinBeta shows that Romania has reached a 4.3 percent share since its launch.

Worldwide, more than 50 million desktops and tablets have the new operating system, reaching a 4 percent share.

Microsoft announced that Windows 10 was on 14 million terminals a day after its launch, and Windows 8 sold over 100 million licenses six months after the launch in 2013.

StatCounter data shows that in the first part of August the market share of Windows 10 in the world is at 4 percent for desktops while Windows 7 has 53 percent. In Europe, Windows 10 has reached six percent (Windows 7 has 49 percent) and in North America it is installed on 5 percent desktop systems.

It is still early to estimate if Windows 7 users will be convinced to upgrade and if the number of installations will continue to grow over the coming weeks, depending also on companies’ adoption rates. Companies were not too keen on Windows 8, so the system had a relatively low rate of adoption.