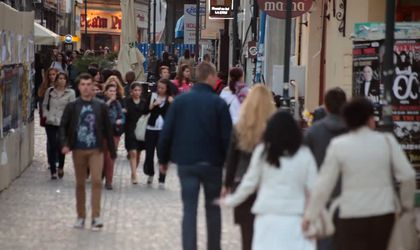 Bucharest economy will grow by 4.1 percent next year, at the same rate as the national average, National Prognosis Commission (CNP) estimates show. GDP per capita will exceed EUR 22,300, which is EUR 1,400 above 2015 values and more than two times the average of Timis county, the second highest in the country.

Major differences between Bucharest and the rest of the country result from the fact that many large firms have headquarters in the capital city, therefore reporting fiscal activity there, although their physical activity could be performed elsewhere.

At EU level, GDP per capita is about EUR 26,000. At purchasing power parity, Bucharest has a per capita GDP of EUR 26,100, according to Eurostat data, which is 111 pct that of the EU and more than twice the country average.

CNP forecasts indicate a  4.1 percent growth in GDP. The biggest increases will be the South Muntenia, Oltenia and Centre Southwest, 4.2 percent, and the smallest advance the economy will be in the North-East by 3.9 percent.

The capital city will continue to have the highest net salaries, at about RON 3,000 (a 6 percent rise over 2015, when yearend median is expected to reach RON 2,800). Net salaries of RON 2,000 per month will be registered next the year in Arges and Cluj counties, according to CNP’s estimates.

In contrast, employees in Covasna and Harghita will receive the lowest salaries in the country in 2016, with an average of less than RON 1,400. Vaslui Vrancea, Neamt, Bihor and Nasaud are expected to record values lower than RON 1,500 also.

While the Fiscal Council warned the 4 percent rise expected for next year could be a peak for years to come, CNP’s estimates show a further increase in the national economy for 2017, of 4.2 percent. Northeast and Bucharest-Ilfov will have an advance of 4.1 percent, in South-East, South Muntenia, West, and North West a 4.2 percent rise will be recorded and in the South-West Oltenia and center 4.3 percent.

Timis and Ilfov are expected to have the lowest unemployment rate, registered at 1.4 percent, down marginally, followed by Bucharest with 1.7 percent. The country median will be at 4.8 percent, with the highest rates in Vaslui and Teleorman, at 10 percent or more. CNP data show that in 2018 unemployment should drop below 10 percent across all counties.