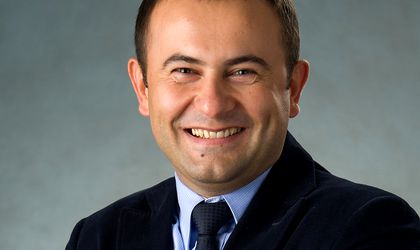 American IT company 3Pillar Global has started a recruitment campaign planning to hire 30 highly skilled people in its two Romanian centers, but also its Indian and U.S. branches.

“The current growth compels us to speed up the recruitment process. We have opened globally 30 positions, which require a high qualification degree, and we have proposed to fill them by September 17, which means one a day. Our employees are encouraged to use the social media channels of the company to distribute messages to their own virtual friends, but also get involved in the interviewing process. In exchange for their involvement, they will be rewarded with gadgets, mobile phones and tablets,” said Catalin Stef (in picture), senior VP international operations and general manager of the Romanian headquarters.

For the Romanian centers located in Cluj-Napoca and Timisoara, the company is seeking experts in Angular JS, Java or Android and iOS mobile platform experts as well as team leaders.

The two centers in Romania have become more visible after the management in Cluj-Napoca has taken the reigns of international operations, and after an advanced global technology center was set up in Timisoara, which hired 60 specialists only in 2015.

This spring, 3Pillar Global announced that it had in place an expansion plan that involved recruiting more than 100 IT engineers who should join the 300 specialists working in the two centers in Cluj-Napoca and Timisoara. The company has open positions for IT engineers at medium and seniority level with a proven track record between 2-5 years, who should cover programming and testing.

As far as programmers are concerned, 3Pillar Global is especially scouring for Java and Angular JS skills, but also other technologies used in the development of web and mobile applications. The company is also seeking managers with technical expertise.

3Pillar Global has 600 employees. The Romanian branch posted a turnover in excess of USD 30 million last year and has more than 300 employees.