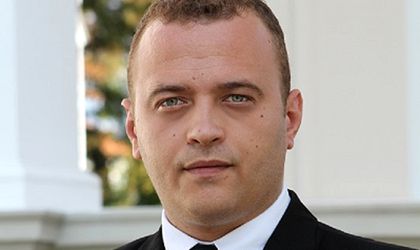 Cluj officials are working on a bid to secure the coveted European Capital of Culture (ECC) crown in seven years, giving the city the boost enjoyed by fellow Transylvanian artistic hub, Sibiu, seven years ago.

Six years before the ECC title-year, the selected host Member States publish a call for applications, following which cities interested in participating in the competition must submit a proposal for consideration, which Cluj-Napoca is planning to do next year. In 2007, Sibiu was the cultural talk of the European Union community. The Transylvanian town was nominated in 2004, before Romania was in the EU, but Luxembourg helped Sibiu become a European cultural capital, with the two sharing the title.

Cluj-Napoca is hoping to wow the judges with its impressive cultural and artistic pedigree. It has 19 public cultural institutions, over 60 non-governmental arts and cultural organizations, 6 creative arts associations, 6 universities or artistic departments, 3 arts high-schools, 7 foreign cultural centers, 17 centers/libraries providing foreign language courses and access to foreign books, while almost 90 cultural events took place in the city in 2012, all of which is the “ammo” it is hoped will earn ECC status, according to the cultural strategy drawn up by the Cluj-Napoca 2021 European Capital of Culture Association in a bid to persuade the judges.

“The dynamism of the town, characterized by its intercultural approach, intensive civic participation as well as the top academic environment that attracts high numbers of students are the main arguments for our city to become a European Capital of Culture,” says Florin Morosanu, executive director of the association. The group has 83 members, including the local council, city hall, county council, 12 universities and all the major cultural players, who have contributed to the strategy.

The authors of the cultural strategy for 2014-2020 also point out their city’s minuses, mentioning in the official document that public financing for culture is quite low compared with the city’s cultural performance; the budget limitations of the cultural operators in the context of the rising number of public and activities; the public pressure for “visible” events, with a big turnout; a lack of cooperation between local institutions and independent cultural operators; plus poor private financing for events.

If Cluj-Napoca is selected, the money will fund economic development worth millions of Euros, through four sources – the local council, county council, national authorities as well as independent projects. Also, the EU offers the Melinda Mercouri award, worth almost EUR 1.5 million, to the winning candidate. Morosanu cannot yet announce the project’s official budget, because it depends on which schemes are implemented, but at the end of the year an official estimate will be published. In terms of private funding, Morosanu’s association benefited from corporate funding to the tune of almost 80 percent, while the rest of the money has come from the local council over the past two years. Nonetheless, he points out that the businesspeople of Cluj-Napoca are one of the stakeholders of the project.