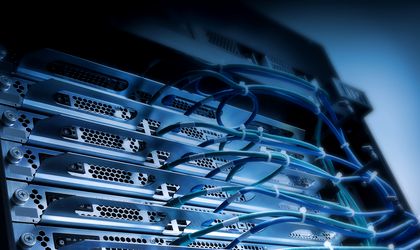 The Romanian IT market continued to post growth this year, with both companies and employees in the industry making higher revenues, further establishing the sector as one of the most important contributors to the Romanian GDP. However, even though the employee pool is well-trained, the industry development is slowed down somewhat by the shortage of a qualified labor force.

The revenues generated by software and IT services on the local market totaled around EUR 931 million, representing 35 percent of the sector’s turnover. The segments generating most of these revenues were public administration (30 percent), industry (17 percent) and banking (14 percent).

The most substantial growth opportunities in 2015 were in services and consumer products (which saw an estimated growth of 9.8 percent) and the industry (8.1 percent.) On the medium term, until 2018, three sectors will continue to be the biggest buyers of technology, each recording an estimated increase of 10 percent.

“The main source of growth for domestic software and IT services are technology investments in the private sector. It’s the only chance for this segment to have increased competitiveness, especially for SMEs, given that we expect government purchases to have a slight decrease this year,” said Valerica Dragomir, executive director of ANIS.

At the moment, the bulk of the products produced by the Romanian IT&C industry in Romania are produced for export. There are some products made for the internal market, especially for the state, because the Romanian internal IT market is dominated by the state. This is not a healthy development formula, according to Varujan Pambuccian, member of the Commission for Information Technology and Communications of the Chamber of Deputies.

A survey on the state of the Romanian IT industry carried out for iTech Transilvania by ARIES Transilvania found that, at the moment, there are 14,000 IT companies in Romania. Approximately 50 percent of them are based in Bucharest and Cluj-Napoca.

“IT will continue to support the Romanian economy and be a top employer. We estimate that the number of direct employees, together with the sole traders in the IT industry, will reach 100,000 people by the end of 2015, compared to 93,000 in December 2014, according to Voicu Oprean, president of ARIES Transilvania.

Bucharest, Cluj, Iasi and Timis gathered 73 percent of all the employees in the local IT industry, with Bucharest offering half of the IT jobs in Romania. However, cities like Iasi, Dolj and Bihor are also attracting a growing number of IT professionals.

The local Romanian IT industry offered full-time jobs to 75,500 IT employees. Additionally, there were 17,000 IT professionals working as sole traders in Romania.

The net average salary in mid-2015, as declared by representatives of the surveyed companies, totaled approximately RON 2,600. More than half of these companies said they would raise salaries by approximately 16 percent by the end of the year.

The Romanian IT&C field continued the favorable trend of past years, as far as both the turnover and the salaries of employees in this sector are concerned. A Mercer survey on salary growth in the first half of this year shows that salaries in the IT&C sector grew on average by 4.5 percent. The value of the salary increase covers the 2.2 value of the inflation, a trend which, at present, we find in nearly all countries in the region. This 4.5 percent growth in salaries will hold true for 2016 salaries as well.

The higher demand for specialists in this sector generated fierce competition on the labor market. For this reason, benefit packages are becoming more and more attractive, as revealed in the IT&C salary survey carried out by Consulteam. Thus, apart from the salary, the benefit packages also include less usual benefits such as in-house coffee, fresh fruit and vegetables and soft drinks, modern headquarters, catering or a private chef for lunch, parties and team buildings and investment in CSR projects selected by the employees. These come on top of the more standard benefits such as medical subscriptions, meal tickets, training programs and so on.

At regional level, apart from Bucharest, Cluj-Napoca is more and more present in the IT&C employers’ attention. Even though salaries in Bucharest still differ from the ones in the other cities, this gap is becoming smaller and smaller. For instance, the salary of a Java developer in Bucharest was still 18 percent higher than in Cluj-Napoca.

“Following an analysis of salaries in Bucharest, a Java developer can earn a gross salary between EUR 900- EUR 2,400, depending on seniority,” says Oana Botolan Datki, SEE Managing Partner, Consulteam.

At the moment, the IT industry has come to generate 6 percent of the GDP, and while the industry has the potential to grow a lot more, its development is capped by the shortage of a qualified work force. “The demand could take Romania to have a software and IT services market of EUR 5 or EUR 6 billion, but we lack the delivery capacity, simply put, we do not have enough people,”according to Eugen Schwab, PAC vice-president for Romania and the CEE.

As far as the legal framework in this industry is concerned, employers of software programmers who have as a main activity the creation of computer programs will be exempt from income tax if they achieved a revenue of at least USD 10,000 in the previous year from the sale of software, according to the Official Gazette.

The exemption applies to every employee, while achieving the sale limit during the previous year. By dividing the turnover from sales of software to that ceiling, the company can determine the maximum number of employees who benefit from this exemption.

Among job positions that the tax relief can be applied to are those of database administrator, analyst, system engineer in computer science, software systems engineer, IT project manager, programmer, systems designer and system programmer

The person receiving the exemption must be part of a specialized compartment, distinctly specified by the employer. The employee can benefit from this exemption regardless of the time of hiring or their contribution to the turnover margin, according to the Official Gazette.