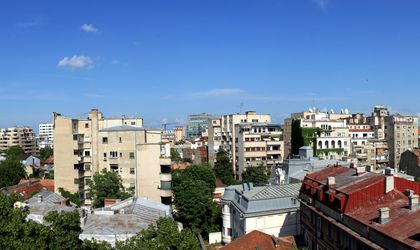 Spurred by an overall positive evolution of the economy, all segments of the real estate market posted steady growth in 2015. Office and industrial in particular have rallied, but retail and residential were close behind, hinting at more growth to come.

Demand for office space in Bucharest and the main regional cities in the country has remained relatively constant in 2015, fueled, as was the case in previous years, mainly by outsourcing players. Overall, more than 50 percent of transactions with office space in 2015 were closed by companies active in outsourcing, a strong increase from the 27 percent registered in 2014, according to CBRE data.

According to data from the Association of Business Service Leaders (ABSL,) Romania is the second-fastest growing shared-services and outsourcing market in Central and Eastern Europe, with more than 80 centers employing about 45,000 people in the country. This trend will maintain and the Romanian business-services sector is expected to employ 150,000 to 200,000 people by 2020, according to the same source.

In 2015, both the leasing activity and new deliveries have remained relatively stable. Total leasing activity involving office space in Bucharest stood at 210,000 sqm in the first nine months of this year, up by seven percent y-o-y, according to JLL data. By the end of the year, this is expected to reach last year’s 300,000 sqm level, and some pundits even forecast increases. Between 100,000 and 120,000 sqm of new office space is expected to be delivered by the end of 2015 in Bucharest, similar to the volume reported in the previous two years. Vacancy is expected to marginally increase, due to the fact that space with no significant pre-leases will be delivered, say JLL consultants.

The industrial and logistics market maintained a dynamic evolution this year, posting positive results both in terms of leasing activity and transactions.

Some 230,000 sqm of logistics and industrial space was leased in Romania in the first nine months, almost half of which was in capital Bucharest and the western city of Timisoara, according to data from real estate services firm JLL. The firm estimates that a total of 300,000 sqm of industrial space will be leased until the end of this year, in line with the 2014 volume.

In terms of investments, more than 360,000 sqm of industrial space were transacted during the first nine months of the year for EUR 160 million, while some 240,000 sqm, worth about EUR 100 million, are expected to be sold until the end of the year, also according to JLL.

In fact, industrial, alongside office, accounted for 70 percent of the total transactional volume involving real estate properties in the first nine months, and several key projects are currently in advanced stages of negotiations, says JLL.

The total local real estate investment volume is expected to reach EUR 800 million by the end of this year, say pundits. While this will be well below the EUR 1.2 billion recorded in 2014, a correction was to be expected given last year’s record level, according to real estate consultants.

Retail, car parts manufacturers and logistics operators were the most active players on the industrial market in the first nine months of 2015, said JLL representatives. A new development this year is the increasing demand coming from retail and e-commerce companies, which leased a total of 80,000 sqm. Much of this was fueled by preparations for Black Friday sales. Car parts manufacturers leased 63,000 sqm and logistics players leased 44,200 sqm.

Some 150,000 sqm of new retail space is expected to be delivered in Bucharest and the rest of the country by the end of this year, according to data from Colliers International. This is double the volume that was completed the previous year, albeit 2014 was a year with particularly low values for the market.

Two major projects were completed this year. In Bucharest, NEPI, one of the most active real estate investors on the local market over the past years, inaugurated Mega Mall in May. The EUR 165 million shopping mall is located near the National Arena and offers 72,000 sqm of gross leasable area (GLA.)

Outside the capital, Immochan opened the Coresi Shopping Resort project in Brasov, following a EUR 60 million investment. The shopping center has a 45,000 GLA and the developer estimates that in the first year, Coresi Shopping Resort will generate EUR 6 million in rent revenues and will report some 8 million visitors from Brasov, but also other regional towns.

More apartments to be delivered in 2015

After posting the first signs of a rebound in 2014, the local residential market has seen even more solid signs of growth in the first nine months of 2015. One sign has been the fact that the number of new housing units to be delivered has gone up – 11,000 are expected to be completed in Bucharest and its surrounding areas alone by the end this year, surpassing last year’s level of 10,100 units, according to Coldwell Banker data.

However, this still remains a buyers’ market and prices have remained relatively stable throughout 2015, with variations of less than 5 percent. According to data from online real estate platform Imobiliare.ro, the average asking price for Bucharest apartments stood at EUR 1,095/sqm in November, down 1.1 percent from the previous month, but up by 3.2 percent against the same month last year.

Another development with regard to the residential market is that this year, two draft bills pertaining to this sector were announced. A new taxation system for residential properties used as company headquarters is expected to come into force in 2016. For buildings owned by individuals and used for business purposes, such as firms, taxes are set to go up. Also, should it be passed by President Klaus Iohannis, a new law will enable owners who can no longer pay their mortgage to end the loan by giving up on the property, which will pass into the bank’s ownership.