2015 in review: Local car market is a little broken down 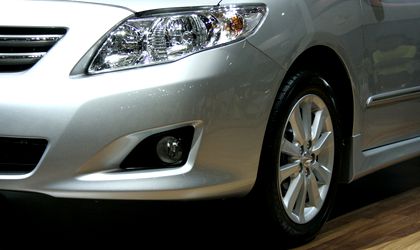 Although the local automotive market posted a moderate growth this year, it needs much stronger sales from the domestic new cars’ side. Additionally, increasing the financing capacity of the Rabla program would also help stimulate new car sales.

But what can boost Romania’s local car market? The First Car program does little to boost new car sales as it offers potential buyers the same terms as regular loans, stated earlier this year Constantin Stroe, the president of the Romanian Car Producers’  Association – ACAROM – during the second day of the Foreign Investors’ Forum organized by Business Review.“Romania is importing three used cars for every new car being sold. It is crucial to find ways to restart the domestic market,” said Nicolas Maure, the general manager of Dacia Renault Romania.

The government’s First Car program is meant to stimulate new car acquisitions, however producers say it should be changed to increase the lending period beyond five years and offer lower interest rates. Such measures are crucial to support the market, given that lowering the VAT from 24 percent to 20 percent would have little effect in boosting new car sales, added Stroe.

According to Maure of Dacia Renault Romania, quoted by Mediafax, Romania has more than 3.5 million cars that are over eight to ten years old which should be replaced with new ones. “In order for this to happen, there is a need for more Rabla tickets as the current ones are not enough. Additionally,the First Car program must be better and we consider that the reimbursement period should be longer than seven years,” he said.

Pundits say that the potential of the Romanian car market is actually high, but that Romania should stop or limit permanent imports of old cars which the more developed countries don’t use anymore. “There is a lot of potential because, if we consider the Romanian population of 20 million, the car industry is quite low. As for the eco cars, we have an infrastructure problem, as Romania doesn’t meet the condition to have cars that meet many safety requirements is not valid. The domestic market could develop very much,” said Valerio Brenciaglia, general manager at Ford Romania, quoted by Mediafax.