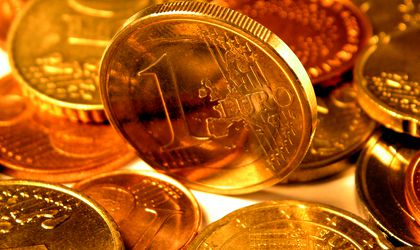 With a satisfactory level of profitability and several noticeable mergers and acquisitions completed this year, the Romanian banking system faces new challenges as the law of “passing to pay” puts pressure on lenders to tighten the financing terms.

At present, the Romanian banking system is well capitalized, with a high capacity when it comes to absorbing potential shocks and the demand for loans on an ascending trend. According to the Romanian Banking Association (ARB,) the solvency rate was 18.07 percent in June, compared with the minimal level of 8 percent set up by the European regulatory framework. The same source says that the Romanian banking system is one of the few banking sectors in the European Union that didn’t require financial support from public funds during the financial and economic crisis.

The same data shows that, at present, the weight of gross banking assets in GDP is 60.8 percent, while the level of the net volume of assets was about EUR 82 billion at the end of June. According to ARB, the economic growth perspectives generated by the attraction of European funds, the financial brokerage level of 32 percent and the bancarisation level of about 50 percent, all make Romania an attractive destination for investors in the banking sectors. However,pundits say that it will become an attractive option for foreign investors if the return on capital improves. This could be a significant step forward for the local banking market as industry representatives say it is less attractive than other fields of activity or banking systems in the region for an international investor. Last but not least, the same ARB data shows that the NPL rate decreased by more than 9 percentage points to 12.8 percent in June as a result of the cleaning of the balance sheets of the banks and changing of the methodology in calculating the NPLs.

As Nicolae Cinteza, the manager of the Supervising Division within The National Bank of Romania (BNR) stated earlier this year for Ziarul Financiar (ZF,) the local banking system posted a profit of RON 2.2 billion in the first nine months of the year, while more than half of the operating lenders reported profits during this period. According to ZF, BCR, BRD and BT – the first lenders on the market – a cumulated profit of RON 1.6 billion was posted.

One of the most important events on the local banking scene this year was the merger between Banca Transilvania, the third lender on the market, and the local branch of the Austrian group, Volksbank. The process of integrating the operations of Volksbank is making a beeline and will be completed by the end of this year as the High Court of Cluj recently approved the merger between the two institutions. The transactionwill rank Banca Transilvania second on the Romanian banking market. The lender signed a decisive commitment to buy the full package of shares of Volksbank Romania in December last year. According to the data existing on the market, the transaction was worth EUR 711 million in total.

Elsewhere, The European Bank for Reconstruction and Development (EBRD,) has reduced its equity stake in Banca Transilvania, one of the leading banks in Romania. The EBRD sold 86.76 million shares in November in an accelerated book build placement on the Bucharest Stock Exchange (BSE.)

The EBRD is a leading institutional investor in Romania, with almost EUR 1.5 billion invested in 75 projects over the previous country strategy period. In total, the Bank has invested over EUR 7 billion in the country to date and has also mobilised more than EUR 14 billion from other sources of financing in all sectors of the country’s economy.

Another significant move on the local banking scene this year was that made by UniCredit Bank Austria AG. It bought 45 percent stake in UniCredit Tiriac Bank from Tiriac Holdings Ltd, increasing its equity from 50.6 percent to 95.6 percent. The transaction was planned to complete before the end of June. “As a result of the acquisition from the Royal Bank of Scotland of the Romanian retail and corporate client portfolios, we continue through this transaction to consolidate and extend our position on the Romanian market,” stated Carlo Vivaldi, vice president of the Supervising Council of UniCredit and chief of Central and Eastern Europe at UniCredit Bank AG.

Last but not least, a hot point that came into public notice recently is the “passing to pay law” (legea darii in plata.) It allows an individual that signed up for a loan and that can no longer pay his or her debt to pass into the lender’s property his or her mortgaged house. The law was adopted by the Romanian Parliament recently and has been sent to President Iohannis to promulgate it. The law generated a large debate among the local community of lenders who believe that one of its negative effects will be to encourage real estate speculators rather than help the individuals that bought a house using a loan and that are now in financial difficulty. According to a press release issued recently by ARB, this law puts into danger the real estate loan market and could have crucial consequences for young families. The ARB representatives say in the same document that the “passing to pay law” created the premise for lenders to re-analyze the terms of financing and tighten them at least, before the situation is clarified.