2015 in review: A year wrapped in political and social turmoil 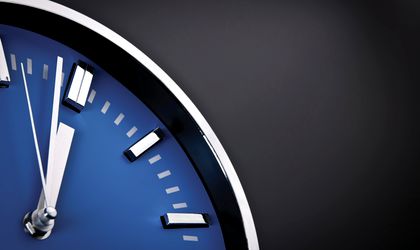 In 2015, Romania has faced a lot of challenges and experienced one of the most tragic events in its recent history. From a tragic fire that reshaped the political scene, to an international economic and social crisis, Romania saw the faces of a difficult and challenging year. Business Review looked over the year and sums up some of the most important events on the local market.

2015 has been marked by significant political change as a result of a terrible tragedy: the Colectiv fire. After 20,000 people took to the streets to protest over the Colectiv nightclub fire, the former PM Victor Ponta announced at the beginning of October that he and his team were signing. As a result of his stepping down, President Iohannis named Dacian Ciolos as the new Romanian PM who, last month, formed a technocrat team of ministers. The local business community saluted the new government, believing that it could bring a new wind and regain the trust of the business environment.

The new Fiscal Code shines on the local business scene

Despite the far too many doubts of corruption that have hovered over the Ponta government, there are also some good things that the former Cabinet has done for the local economy. One such example is the New Fiscal Code. Pundits say that the New Fiscal Code is, in many ways, much better than the previous one, even if solely for the much clearer explanation of fiscal terms that the local business environment faced in the past decade.In addition, it gathers all the fiscal changes made since 2003 so far. It offers a fiscal relaxation generated by the adoption of some reductions or cuts of certain taxes, from the reduction to 20 percent VAT to be implemented January 1st 2016, to the elimination of taxes on special constructions and the diminishing of the tax on dividends.

According to Eurostat, the statistical office of the European Union Romania posted a 1.4 percent increase in GDP in Q3 2015 over the previous quarter, the highest value among EU members. Romania was followed closely by Croatia (1.3 percent), Malta (1.1 percent) and Latvia (1 percent.) Poland and Slovakia (both up 0.9 percent,) were among the countries that posted high growth also compared with the previous quarter, followed by Spain and Sweden (both 0.8 percent.) Greece (0.9 percent), Estonia and Finland (both 0.5 percent) as well as Denmark (0.1 percent) posted a decrease of their economies. In the EU, GDP rose by 0.4 percent over the previous quarter, while its year on year value increased by 1.9 percent. Final consumption expenditure was one of the main drivers of the advance, going up 0.5 percent in the third quarter, followed by gross fixed capital creation (0.3 percent.) Exports (0.3 percent) and imports (1.4 percent) also had positive contributions. According to Ionut Dumitru, the president of the Fiscal Council quoted by Mediafax, the 4 percent economic growth in 2016 could represent a peak and it might be followed by a decrease to 3.5 percent, considering the lack of investments, especially the public ones. In his opinion, an economic growth based only on consumption is not sustainable in the long term. “For example, the National Commission for Forecasts sees an economic growth of about 5 percent in the next years and an increase of the potential GDP of over 4 percent at some time. It seems to me less credible as Romania hasn’t had investments. Worldwide, there is no country that posted long term growth based on consumption only,” Dumitru told Mediafax.

According to MarketWatch, oil prices reached their lowest level in the past seven years. They decreased significantly in the last year after the Organization of the Petroleum Exporting Countries (OPEC) decided to maintain the production at a high level, allowing the market to set the evolution of oil price quotations. As a result, the offer exceeds the demand and the prices have maintained about USD 50 / barrel for months.

With total debt of over EUR 320 billion, of which 65 percent to Eurozone and the IMF and 8.7 percent to the European Central Bank (ECB), Greece was teetering on the edge of bankruptcy and default before a last-minute agreement was reached by EU leaders this summer. At that time, Erste Group analysts said that the Greek crisis didn’t pose a significant economic risk to Central and Eastern European countries. “Their exports to Greece represent about 0.1 and 0.5 percent of GDP. As for Romania, the exports to GDP ratio is just 0.5 percent. In addition, the Romanian banking system is very liquid and well capitalized,” they said.

More than 750,000 migrants are estimated to have arrived by sea so far this year, according to the International Organization for Migration (IOM.), quoted by BBC.

According to BBC, Germany continues to be the most popular destination for migrants arriving in Europe. It has received the highest number of new asylum applications, with more than 331,000 at the end of October. Hungary is the second destination for migrants, as more have tried to make their journey overland through Greece and the Western Balkans. So far, Romania has not been a major migrant transit country, but it is possible for the situation to change in the future.Romania, like most of its East European neighbours, objected to mandatory EU quotas and was willing to take in maximum 1,785 migrants in a voluntary quota scheme. According to Eurostat, quoted by BBC, Syria, Afghanistan, Kosovo, Iraq, Albania, Pakistan, Eritrea, Nigeria, Serbia and Ukraine are the top ten origins of people that applied for asylum in the EU during January-October.

The Board of Directors of the European Bank for Reconstruction and Development (EBRD) have approved a new strategy for Romania earlier this year which will guide the bank’s investments in the country for the next four years.The 2015-2018 strategy sets out three priorities: broadening access to finance by inducing lending and developing capital markets,reducing regional disparities and boosting inclusion through commercialised infrastructure and finally, enhancing competitiveness in the private sector through targeted investments.

“We will work to boost Romania’s private sector growth by helping to expand access to finance, with an emphasis on capital market development. With the economy rebounding, conditions are suitable for companies to enhance their competitiveness through balanced financing structures and improved management practices. The EBRD will work to reduce regional disparities by financing essential infrastructure to promote economic inclusion. We will also combine our investments with support for sector reforms and improved corporate governance in state-owned enterprises,” stated Matteo Patrone, EBRD Director for Romania.

The Bucharest Stock Exchange (BVB) has taken an important step toward better corporate governance of Romania’s listed companies by adopting a new corporate governance code, developed together with the EBRD. The new corporate governance framework promotes higher standards of governance and transparency for companies whose shares are admitted to trade on the regulated market and will enter into force on January 4th, 2016.“We are deploying new measures in order to lay down the most solid base for the capital market in Romania. The new code of corporate governance is a modernised set of ‎rules and practices, which will increase the attractiveness and valuation of Romanian companies for the greatest benefit of investors. We are introducing this code, with a new system of compliance and enforcement, because Romania no longer wished to remain as a frontier on the map of European markets,” said Ludwik Sobolewski, CEO at BVB.