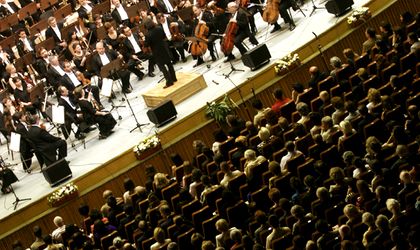 The biennial “George Enescu” International Festival and Competition next takes place between September 1-28, 2013 in Bucharest. Run by the Romanian Ministry of Culture, the festival features three weeks of performances by high profile international orchestras and artists, as well as numerous Romanian artists and ensembles.

For the 2013 edition, the 21st edition since 1958, the organizers prepared more than 150 events, such as: six concerts of Romanian music, 14 recitals and chamber concerts, 14 famous orchestras performing 28 concerts, 21 orchestral and chamber ensembles, eight concerts under the “Enescu and his contemporaries” title, four opera concerts, two ballet shows, 48 concerts for the international competition, cultural manifestations in the festival’s square, art exhibitions and the Musicology Symposium.

The 2013 George Enescu Festival has added a new section to the competition – canto (Wagner’s voices), piano, violin, cello and composition. It will take place between September 1-27, offset, in order to allow the public and the orchestras to see the competitors’ performance.