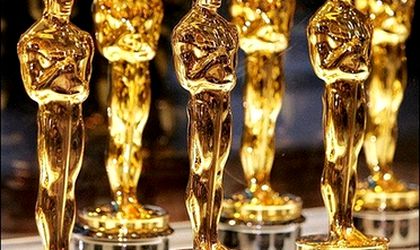 In a predictable turn of events, Steven McQueen directed historical drama “12 Years a Slave” won the Oscar for Best Picture. The biggest surprise of the night though was Matthew McConaughey’s win for “Dallas Buyers Club”, for “Best Actor in a Leading Role”.

The Texas born actor got a standing ovation and gave credit to God and acknowledged his father in his speech, saying he’s probably sitting next to a big pot of gumbo and lemon meringue pie and dancing in his underwear.

“Steve McQueen, you charge everything you fashion with the breath of your own spirit. Thank you so much for putting me in this position, this has been the joy of my life”, the actress said in her speech.

Jared Leto took home the Oscar for his performance in “Dallas Buyers Club”. The actor gave one of the most emotional speeches of the night:

“To my fellow nominees, I’m so proud to share this journey with you. I’m in awe and have so much respect for you all….In 1971, Bossier City, Lousiana, there was a teenage girl who was pregnant with her second child. She was a high school drop out and a single mom, but somehow she managed to make a better life for herself and her children. She encouraged her kids to be creative, to work hard, to do something special. That girl is my mother, and she’s here tonight and I just want to say, I love you mom, thank you for teaching me to dream. To all the dreamers around the world watching this tonight in places like the Ukraine and Venezuela, I want to say: We are here, and as you struggle to make your dreams happen, to live the impossible, I want to say we are thinking of you tonight.”

Best Performance by an Actor in a Leading Role
Winner: Matthew McConaughey for Dallas Buyers Club (2013)

Best Performance by an Actress in a Leading Role
Winner: Cate Blanchett for Blue Jasmine (2013)

Best Performance by an Actress in a Supporting Role
Winner: Lupita Nyong’o for 12 Years a Slave (2013)

Best Performance by an Actor in a Supporting Role
Winner: Jared Leto for Dallas Buyers Club (2013)