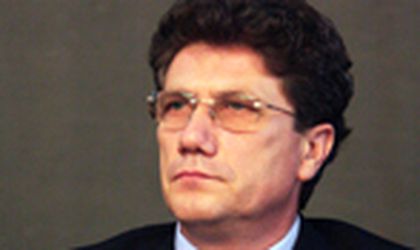 The plans for the creation of the two energy companies change from one week to another, after more than half a year of tough discussions and negotiations. The latest scenario is that the first company will include Turceni, Rovinari and Craiova energy complexes, the nuclear units from Cernavoda, Valcea, Slatina and Sibiu hydro power plants and Societatea Natinala a Lignitului Oltenia (SNLO), a lignite-mining company. In the same scenario, the second company would be formed of Paroseni and Deva energy production units, Electrocentrale Bucharest (ELCEN) and the hydro power plants not included in the first company. It is a big ask for any manager in charge of such different assets, which is why the state energy giants' management has been a problem from the beginning of the discussions. Until a week ago, Adriean Videanu, economy minister, maintained that the management of the two state energy companies could be private, and added that he would present this scenario to the government. But things have changed since then, as Tudor Serban, secretary of state for energy, recently said the exact opposite. “When I said that we want private management at both companies, we mean management on private principles, not bringing in other people from London to show us how stupid we are,” said Serban. State officials are not even consistent in their positions on the actual managers of these two companies. Serban said in an conference that the heads of the companies would be Constantin Balasoiu, current CEO of CEN Craiova, supported by the Democrat Liberal Party (PD-L), and Mihai David, CEO of Hidroelectrica and a Social Democrat Party (PSD) member. Subsequently, he added that they would just coordinate the activities of the two companies, until the appointment of the actual CEOs.

To be listed or not to be listed on the BSE?
The initial term for the emergency ordinance to set up the two companies was September. But now Economy Ministry officials are saying the end of the year. David said it would take six months from establishment until the two companies become operational. “From January 1, 2010, the two national energy companies will be functional on paper, but we can only talk about their being actually operational in 2012. Until then they will toil in vain,” said Serban. He also announced that one option was to list 15-20 percent of the shares in the energy firms on the Bucharest Stock Exchange (BSE). The secretary believes that the Property Fund's stakes in the pair is another key issue. The uncertainty has drawn a clamor from unions across the energy sector. After protests from the Hidroelectrica union, complaints arose from workers at Electrica and its subsidiaries. Moreover, Nuclearelectrica union reps also disagree with the plans for the energy reorganization. Adrian Baicusi, general manager of Transelectrica – who came to work for the state after extensive experience in the private sector, his last position being that of CEO of Siemens LLC – does not believe that the two giant energy companies, which will unite most assets' local production, will be ready in six months, as declared, barring a “real revolution”. “The restructuring process will be long and painful. We also have to restructure our staff. In six months, the two companies could be operational on paper, but practically it may take two years. If they succeed, it will be a revolution that will radically change the market in the coming years,” says Baicusi.

Current contracts to be renegotiated
The creation of the two national energy companies has upset not only the unions, but also market players that have already negotiated energy purchase contracts and are now in the situation of not knowing what will happen next year. For example, Hidroelectrica will renegotiate the price of energy supplied to the aluminum producer Alro Slatina, currently EUR 25 per MWh, a price already hiked by 14 percent as a result of recent negotiations. “There will be a substantial increase but we will have to see how things progress from the beginning of the year,” said David.The fire test in the forming of these companies will be reviewing the loans taken out by the state-owned companies, because lenders are likely to require early repayment of loans worth tens or hundreds of millions of euros.Also, recently, Mihai David announced that the state giants could take part in the investment company for the construction of nuclear units 3 and 4 at Cernavoda. But this is another confusing statement from the Economy Ministry, as “the current memorandum of understanding signed between all investors clearly states that if an investor renounces some of his shares that stake will be equally split between the other investors,” says Pompiliu Budulan, GM of Nuclearelectrica. One certainty in this messy state energy reorganization is that Romania is about to complete two agreements with Hungary and Austria for the unification of the energy markets that will enable local producers to export to Germany and take advantage of demand in several European countries, really putting Romania on the European energy market.
dana.ciuraru@business-review.ro