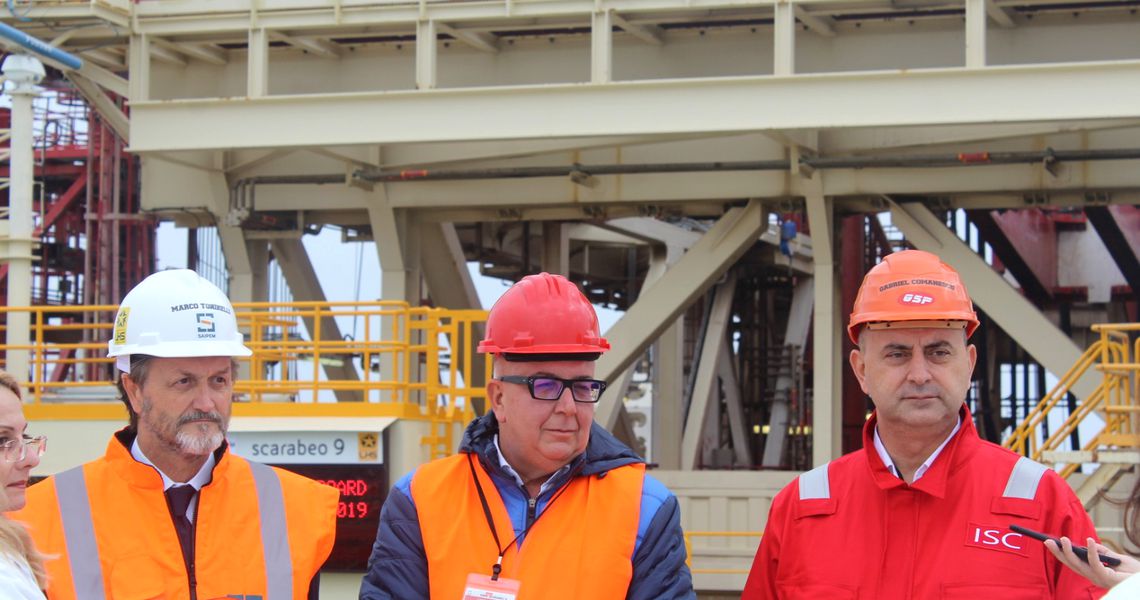 Romanian group GSP, offering offshore integrated services for oil&gas industry, expands its businesses after a difficult period as it capitalizes on large investment in offshore projects at the Black Sea.

“We resume drilling operations in Mexico. I intend to work there for three more years and then sell the operations,” Gabriel Comanescu, the owner of GSP, told reporters during a visit on the Scarabeo 9 platform.

But Comanescu bets on the promising Black Sea offshore gas projects as it is the only company in the region offering offshore integrated services.

GSP is now the general contractor for the Trinity – 1X project in the block 30 (Trident) owned by Lukoil and Romgaz.

“All the contracts are in a package and we coordinate them all: the drilling contract, the service contract, the logistics contract, licenses – the whole package. We have a project team that deals with this. Lukoil and Romgaz preferred to work with such an operator in order to avoid hiring an army of 50 people supposed to deal with all the contracts,” Comanescu indicated.

GSP has also several other contracts with companies such as Black Sea Oil & Gas, operating another offshore project in the Black Sea.

In 2014, following the first drilling test, the gas deposit was estimated at around 30 billion cubic meters.

Scarabeo 9 left Constanta port and will begin operating in the perimeter at the beginning of November.

For companies such as GSP, these projects represent large business opportunities.

“We try to focus on this area, because sooner or later a decision will be made in relation to the Neptun block (owned by ExxonMobil and OMV Petrom), I think in maximum one year. Lukoil continues its projects, and there are also two tenders of Petrom, of which one of major repairs, rejuvenation,” Comanescu said.

The owner of GSP highlights the experience of his company in exploration works in this area.

“The Black Sea is a very complicated sea, the deposits are very complicated, with lots of problems. You cannot hire a contractor without experience here,” Comanescu points out.

He argued that he has chosen Saipem because the company knows the Black Sea and its 1 billion-platform Scarabeo 9 is for the second time in this sea.

According to the current estimations, the first gas output from the Trident block will be delivered in 2023-2024, depending on the owners’ decision.