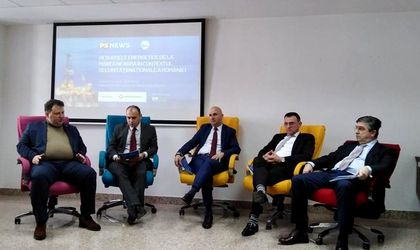 The Romanian budget has missed out on RON 7 billion in the last decade due to fact that the reference price for natural gas, used for the payment of royalties, has not been updated since 2008, according to Dorinel Ursarescu, advisor to the president of the National Agency of Mineral Resources (ANRM), at the ‘Black Sea Energy Resources Conference’ organized by PSNews.

“Producers were paying royalties at a price of RON 495/1,000 cubic meters while the price was already at RON 800-900. The losses incurred by the budget added up to a total of RON 7 billion in 10 years,” said Ursarescu.

Romanian gas producers pay two main taxes: the royalty, based on the reference price, and the additional income tax. Although the natural gas market was liberalized in 2013, which allowed producers to raise prices, the benchmark price remained unchanged from 2008 onward.

The state is doing no better when it comes to the proceeds from the income tax on gas producers. For example, the amount of payments to the Romanian state that gas producers made through he income tax account does not exceed 7 percent.

In total, gas producers pay 8.5 percent tax to the Romanian state, in royalties accounts, and 7 percent in income tax respectively.

In this context, Ordinance 114 appeared, which is not the best solution, but it was not possible to set up a dialogue between all the parties involved, says the personal advisor of the ANRM president.

“A tax on the extra income of the gas producers would have been required, rather than resorting to an asset tax,” said Ursarescu.

As an example of the level of taxes paid to the state by foreign companies, Ursarescu said that Romgaz, a state-owned company, pays twice as much income tax as Petrom, although they have comparable production. This is possible because the tax deductible technological activity reported by Petrom is 14.2 percent for gas production, while at Romgaz it is below 2 percent.

The liberalization of the natural gas market was a bit hasty, because in 2017 Romania had not yet implemented the Network Code for the National Natural Gas Transmission System, said Claudiu Dumbraveanu, general manager at ANRE.

There was no clear definition of trading principles, products, clear platforms, he added.

“We are one of the few countries in Europe that is not dependent on a significant share of imports. But 95 percent of our production is carried out by only two producers – Romgaz and Petrom, which makes the domestic gas market be dominated by a duopoly,” says Dumbraveanu.

This has led to the fact that after liberalization, the only competition on the market was linked to the rise in prices.

The domestic gas market is not a mature market, the market rules have not been set correctly, which led to a sharp rise in price.

Thus, if on April 1, 2017, the price of a negotiated contract was RON 65, in November-December 2018 it rose to RON 135, i.e. more than doubled. And the closing price for the next day on the Romanian market reached a higher point than the one on the Vienna market.

Now the price is decreasing, to around RON 90, but is still significantly above the price recorded on April 1, 2017, the date of the market liberalization.

“OUG 114 and other legislative initiatives have also emerged as a result of the evolution of the natural gas prices, which put huge pressure on the population and domestic industry,” the ANRE representative said.

The RON 135 price was, however, not the price set by the producers, as other officials noted. The average price from the producers in 2017 and 2018 was around RON 80, with the difference being taken on by the transporter (Transgaz, RON 10), traders and by the distributors to the final consumer. This is still something that the government has to work on in order to be fair to all the players in the market.

The same situation can be seen for the price Hidroelectrica sells the electricity it produces.

”We use forward contracts with fixed prices, this is the way we do business. But the traders can wait in the market for a better price and sell to those that needs it, so they sell at the bigger price, not us,” says Bogdan Badea, CEO of Hidroelectrica.

He explained that the price for electricity and for natural gas increased all over Europe and the prices are correlated in the last years. Also, the secondary market, where the electricity is sold for the next day, is meant for “fine tuning” and the volume sold for is rather small compared to the forward contracts.

“The most important thing for Hidroelectrica is to complete our investment plan. We have a RON 5 billion investment plan for the next 5 years. Romania needs new production capacities fast,” says Badea.