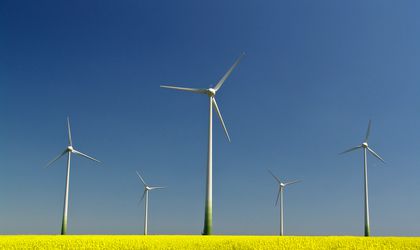 Rezolv Energy, an independent clean energy power producer focused on sustainable power in Central and South Eastern Europe, is partnering with Low Carbon to construct two onshore wind farms in Romania with a capacity of up to 600MW.

Sharing the same grid connection point, the projects are principally located in the communes of Adamclisi & Deleni in Constanța county. Together they will form one of Europe’s largest onshore wind farms. The sites will benefit from the region’s exceptional natural wind resources, flat terrain, and energy interconnection. It is anticipated that the wind farms will generate enough clean energy to power more than 332,000 homes and avoid approximately 220,000 tonnes of CO2e annually, making a significant contribution both to Romania’s and the European Union’s environmental targets for 2030 and 2050.

Low Carbon has been stewarding the Adamclisi & Deleni projects since 2020, when the investor first entered the transaction with local developers and Nero Renewables NV. Rezolv has now acquired a 51% stake in the projects, which are expected to reach financial close by H2 2023.

This latest announcement follows two other deals in Romania which were finalised in the last few months: Rezolv will also build the 450MW Vis Viva wind farm south of Buzău and a 1,044 MW solar photovoltaic plant in Arad County, which is expected to be the largest solar PV plant anywhere in Europe. Taken together, Rezolv will deliver more than 1GW of wind energy and more than 1GW of solar energy in Romania, enough to power 974,000 homes. 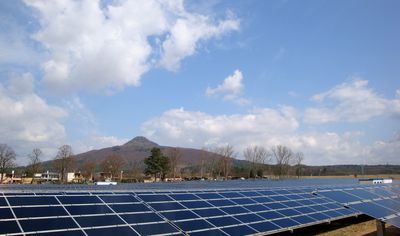 Rezolv launched earlier this year, backed by €500m from Actis, a leading global investor in sustainable infrastructure. The company aims to build a multi-gigawatt portfolio of wind, solar and energy storage across Central and South Eastern Europe, taking renewable energy projects from late-stage development through construction and into long-term operation. It will provide subsidy-free clean energy at a long-term, stable price for commercial and industrial users, and other off-takers, operating across the region.

“Companies and governments around the world are increasingly favouring the adoption of clean, cost-effective and quick-to-build renewable energy. With over 2GW of renewables now in development in Romania, we are proud to play a crucial role diversifying and increasing security of supply, while reducing the country’s dependence on non-renewable energy sources.”

“The central role of renewable energy in mitigating climate change is undeniable, and was a focal point of the recent COP27 summit in Sharm el-Sheikh. With wind and solar power set to provide two-thirds of global power generation by 2050 in long-term Paris-compliant energy scenarios, our latest project is set to make an important contribution to the continent’s energy transition, and its ambitious net-zero targets. The Adamclisi & Deleni projects will also make a significant contribution to Low Carbon’s own ambition to build 20GW of new renewable energy capacity, and achieve net zero, by the end of the decade.

We are delighted to deliver the project in partnership with Rezolv Energy, as part of our shared commitment to generating sustainable investments at scale for the benefit of future generations.”

“This announcement demonstrates our commitment to back Rezolv’s ambition to build a multi-gigawatt portfolio of wind, solar and energy generation over the next few years, helping companies and communities across the region meet their energy needs through clean, renewable energy generation that supports Net Zero targets.”