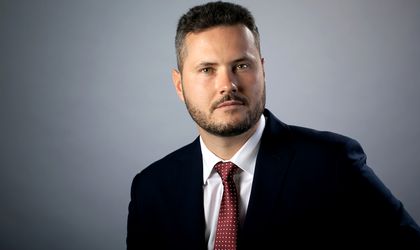 Restart Energy One (REO), the fastest-growing independent Romanian integrated energy and gas supplier that issued and listed the first green & convertible bonds this year on the Bucharest Stock Exchange (REO26) has signed an agreement for equity investments with US-based Tejas Capital Group LLC (Tejas) for up to EUR 21 mil. at EUR 87,5 mil. valuation.

This transaction is part of an ongoing funding strategy executed together with REO’s U.S.-based financial advisor Interlink Capital Strategies for up to $500 mil. of new funding. The funds will be allocated to the development of REO’s proprietary 500 MW solar photovoltaic project pipeline. REO also aims to install and integrate at least 200 MWh of energy storage capacity into renewable projects to provide grid services and balancing the portfolio. Earlier this year, REO sought other U.S. support through the efforts of the U.S. Embassy in Romania and U.S. EXIM bank as part of its interest in utilizing U.S. technologies and partners.

“The capital provided by US-based Tejas will be used to fund the company’s renewable energy infrastructure and growth in Romania contributing to its previously announced target of becoming the first 100% green energy supplier in the region by 2025. REO’s projects will create over 300 new jobs in the local communities and help avoid over 15 mil tons of CO2 emissions into the atmosphere”, states Armand Domuța, CEO and Founder Restart Energy.

“Tejas is looking at high-growth, independent companies with a proven capability to effecting immediate positive impact on our climate and we found REO to be one of the most promising opportunities in the Central Europe region with an ambitious growth plan and tremendous potential. Not just Romania, but hopefully the region will benefit from combining REO’s rapidly expanding customer base with high-in-demand, renewable power assets and their block-chain based innovative trading platform” says Gary Hoskins, Manager of Tejas.

Restart Energy doubled its customer base in the first semester, reaching 50.000 consumers

Due to the liberalization of the market, Restart Energy attracted 25,000 customers in the first six months of the year, 50% more than the management’s expectations. The sales strategy was built to attract individual clients to maximize the company’s expertise in the management of micro volumes, a traditional segment with high profitability. At the same time, the energy and gas volumes delivered to end customers during the first six months of the year increased by 30%, respectively 50%, compared to the same period last year.