REI has submitted over 15% of the total of more than 650 projects for the installation of photovoltaic panels in Romania, through the NRRP 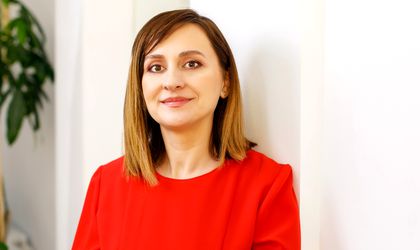 REI, the second largest group of companies in Romania specialized in attracting non-reimbursable financing with European funds or through state aid mechanisms, according to data from 2021, has submitted more than 100 projects for non-reimbursable financing for the installation of more than 600 MW of renewable energy through the C6 – Energy component of the NRRP, one of the most awaited and requested support measures of this year, which ended on June, 22.

According to REI consultants, the interest has been huge and the pace of work has been extremely high in the last few weeks, as the documentation has been complex, including a feasibility study, institutional analysis, DNSH (“Do No Significant Harm”) analysis, etc.

“We have submitted projects for more than 100 clients, with installed capacities ranging from 0.2 MW to 70 MW. The interest for measure C6 – Energy in the NRRP has been huge, we have received hundreds of applications for funding, in addition, we have allocated new resources, a number of about 15 new colleagues have joined us to manage to prepare the files and successfully apply on time. We are glad that the Ministry of Energy decided to extend the submission session by more than 50 days, this helped companies, consultants and designers to finalize projects and facilitate the preparation of complete projects within the defined deadline”, said Roxana Mircea, managing partner REI.

A total of 668 projects have been submitted on the platform made available by the Ministry of Energy for funding through the NRRP for the installation of photovoltaic panels and wind power plants, according to data published by the Ministry.

Of the total number of projects submitted, the REI team brokered over 100 projects, i.e. 15% of the total.

According to REI calculations, the 668 projects submitted through the platform will bring an additional 3,500 MW of installed green energy capacity to Romania, both solar, through photovoltaic panels, and wind.

Companies interested in increasing energy efficiency have had the opportunity in recent weeks to submit investment projects for the installation of photovoltaic panels of at least 0.2 MW installed capacity, for which they could apply for up to €15 million.

The NRRP-supported funding measure was announced by the Ministry of Energy in the first part of this year and was due to start on 31 March. Initially, the measure provided for the possibility of submission for 30 days, until 30 April, but this was extended three times, once for 30 days, then for two more weeks, and finally for another week, in response to requests from the business community who did not have the time to prepare the necessary documentation.

“Before the actual writing of the projects started, any investment that involved the installation of a solar panel or wind power plant needed a feasibility study, carried out by a specialized company, which could take from two weeks to a maximum of one month, depending on its complexity. In our projects we have chosen to collaborate with the largest energy design companies in Romania, with very good delivery times, which is also reflected in our projects and for which we are grateful. Once the feasibility study (FS) and the cost-benefit analysis (CBA), both necessary for the project to proceed, were prepared, we started preparing the documentation, writing the project, preparing the reports and all the necessary, in order to make sure that the projects comply with the requirements of the Guide down to the smallest detail. It was a titanic work”, Roxana Mircea underlined.

Eurostat: About a quarter of the energy consumed in Romania comes from renewable sources: ‘We see huge potential’

Romania has huge potential to attract investment in renewable energy, and this will be due both to the policy set by the European Union that by 2050 member countries should be using mostly green energy, and to the situation on the border with Ukraine, where war could cause major imbalances in the energy supply chain.

According to Eurostat data, renewable energy accounted for 22.1% of total energy consumption in 2020, above EU expectations, while the share of electric vehicles was over 10% of the total.

Around a quarter of the energy consumed in Romania (24.5%) comes from renewable sources, Eurostat data show, with Romania ranking 11th out of 28 member states, well ahead of countries such as Poland (16.1%) and Hungary (13.9%), but also ahead of Bulgaria, which ranks 12th.

“The use of renewable energy has many potential and future benefits, including reducing greenhouse gas emissions, diversifying energy supplies and reducing dependence on fossil fuel markets (especially oil and gas from Russia). Increasing renewable energy sources can also boost employment in the EU by creating jobs in new ‘green’ technologies. We see a huge potential in this sector for our country in the coming years, and support measures such as the one included in Component C.6 – Energy is just one step towards a green future”, Roxana Mircea added.

Component C.6 Energy of the NRRP was one of the most awaited support measures for investments in increasing energy efficiency and reducing consumption for companies operating in Romania, with a total budget allocated of about €600 million, part of the National Recovery and Resilience Plan (NRRP).

The Ministry has already launched for consultation, on 22 June, the State Aid Scheme and the Specific Guidelines for Investment Measure I5 – Ensuring energy efficiency in the industrial sector, with an allocation of €62 million, for which advanced discussions are already underway with potential beneficiaries.

“The business community is also looking forward to other funding axes, namely the Modernisation Fund projects for renewable energy for agriculture and other areas. Interest remains very high in green solutions as an alternative to Russian gas and oil, especially as we are close to a conflict that could be long-lasting and the sanctions imposed on Russia could create major imbalances in energy supply. Romania needs this funding for energy investments like air”, Roxana Mircea concluded.