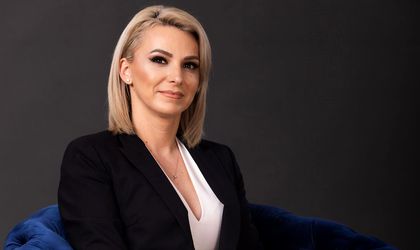 Premier Energy, a leading private gas distributor and supplier in Romania, has started the new year strong and closed the acquisition of the Nalbant (Tulcea) wind farm, owned by Enex before the transaction. It is Premier Energy’s seventh deal, following six acquisitions and mergers during 2022.

Remarkable is the project’s above-average yield – it benefits from an elevated, windy location. Thus, in 2021 Nalbant I generated 33,104 MWh of electricity, making it one of the most efficient wind farms in all of Romania, reports Premier Energy. By comparison, the Ecoenergia wind farm, acquired early last year by Premier Energy, produced 2,204 MWh. But cumulatively, in two to three years, Ecoenergia together with Nalbant I and II will have a total capacity of 61 MW, company representatives indicate.

“There are seven transactions through which Premier secures its transition to renewable energy. We continue the expansion on the main natural gas segment in Romania, at the same time, we have already set up a new business line in the production of green energy. We also focus on Central and South-Eastern Europe and already have acquisition targets in neighboring countries – Bulgaria, Greece, Croatia -, in the renewable energy sector”, detailed Iuliana Pănescu, Head of Treasury, Premier Energy.

In 2023 the group will develop a greenfield in Războieni, a wind farm of 99 MW installed operational capacity, with 16 turbines. The investment of over €100m is provided by the shareholders (reinvesting the profit), and the difference will be covered by bank credit.

“After completion, the park will be one of the top five renewable energy production projects in Romania“, Pănescu underlined.

In 2022, Premier Energy consolidated its “green” business new line of business and the vertical development of the group owned by the Czech investment fund, Emma Capital. Starting in December 2021 and throughout 2022, Premier Energy made six M&A deals, as follows: in early 2022, it acquired Ecoenergia and Alive Capital, the latter being the largest independent player in the renewable energy market. Through the two acquisitions, the group also became active on the electricity market in Romania, as an alternative electricity producer, aggregator and electricity supplier. This was followed by the acquisition of the control package in Energia Mileniului III SA, through which the Czech group becomes the owner of the wind project from Rázboieni. In November, Premier took over 60% of the 22 MW natural gas cogeneration plant in the municipality of Făgăraș (Brașov).

The group also consolidated its horizontal business through the merger with BERG Sistem Gaz (December) and the acquisition of HarGaz (August), which added further 6,500 new customers and 35 concessions to its portfolio.

“All the acquisitions and moves made last year support our strategy of transforming the group into a regional energy platform. In Romania, we are active in the supply, distribution, production of green energy, we are constantly expanding the network, organically or through acquisitions. In the Republic of Moldova we are the main distributor and supplier of electricity. And starting this year, we are expanding our gas supply activity in Hungary and Bulgaria as well”, Pănescu said.

In November last year, Premier Energy secured a €30m loan from The European Bank for Reconstruction and Development (EBRD), the largest institutional investor in Romania, with investments of over €10.2bn in 502 projects throughout the country.