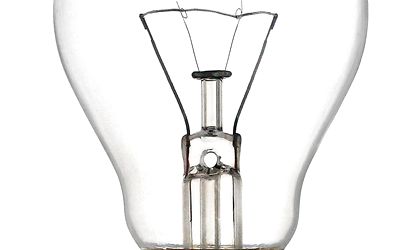 The power supply of the appliances in a home when they are in stand-by can increase the electricity bill up to RON 180 annually, according to a study by E.ON. In a set of recommendations for reducing energy losses, E.ON warns that a freezer can consume up to 30 percent more energy if ice is collected, and a single use of an electric dryer can consume two times more energy than a cycle of the washing machine.

Moreover, the company believes that any electronic device left on standby consumes at least 40 percent of the energy consumed during operation.

“When leaving home it is advisable to unplug as much as possible the appliances and electronics (TV, game console, PC, chargers, but not the fridge or freezer), because they consume energy, but at the same time produce heat. It seems hard to believe, but according to some calculations we can see a difference in the invoice up to RON 180 per year, if we do not leave the devices in stand by. Any electronic device left in stand-by (see that lit LED) consumes between 40 percent and 70 percent of the energy they would consume if it worked. Therefore, it is good to unplug the electricity consumers in case of non-use. To make it easier for us to do this, programmable sockets or extension cords with switch,” is mentioned in the recommendations sent by E.ON.

Next, the energy company recommends that, during hot periods, the cooking appliances be used during the evening, “and at night we leave the kitchen ventilated, so that the temperature returns to a normal value.”

Also, it is recommended to move the cooling appliances (refrigerator, refrigerator, freezer) into cooler areas of buildings, to reduce the energy consumed. “A freezer can use up to 30 percent more energy, if ice is collected in it or it is near a heat source,” warns E.ON.

On the other hand, the energy company considers it advisable to set the interior temperature of the home to a maximum of 23-24 degrees Celsius during the heat periods.

Another recommendation of the company is to replace the old air conditioners with some with inverter technology, which use a smaller amount of electricity. This type of technology will reduce consumption by 30-40 percent compared to a classic system, notes the source.

E.ON recalls that a major consumer of energy is the machine for domestic hot water preparation.

“Only in a period of about a few weeks an electric boiler can equate the consumption of a refrigerator for a year. That’s why it is useful to consider setting up a solar panel for domestic hot water, which will allow us significant savings. of energy at least for the summer period. If this is not possible, then it is recommended to choose an electric boiler from energy class A, the cost of the investment being amortized by the lower monthly bills,” shows E.ON.

Likewise, “the washing machine reduces its electricity consumption by one third if a program of washing with less degrees Celsius is used. Specifically, if you wash your clothes at 30 degrees Celsius you can save up to RON 60 per year.”

The German group E.ON is one of the leaders of the energy market, having a consolidated presence in Romania for about 15 years. The flagship companies of the group are Delgaz Grid and E.ON Energia Romania, which carry out distribution, energy supply and energy solutions activities for approximately 3.1 million customers. Since entering the Romanian market, the E.ON group has invested about EUR 1.6 billion, mainly in the modernization of the networks. At the same time, the value of the contributions transferred to the state budget and the local budgets amount to EUR 2 billion, according to the information published by the company.