Consolidated sales of OMV Petrom Group in the first quarter were up 11 percent over the same period of 2018 to RON 5.4 billion, while net profit stood at RON 1.15 billion, up 35 percent over the reference period.

According to the data reported by the company, the value of consolidated sales reported in Q1 in 2019 was supported by higher market prices in local currency and higher volumes of sales of electricity and petroleum products, partly counterbalanced by lower sales of natural gas.

The result of the CCA exploitation excluding special items increased by 28 percent to RON 1.22 billion as a result of positive developments both in Upstream from higher prices and downstream from increased sale volumes of petroleum products and electricity. In this context, the CCA net profit (excluding the special items attributable to OMV Petrom shareholders) was RON 1.05 billion, compared to RON 752 million in the first quarter of 2018. 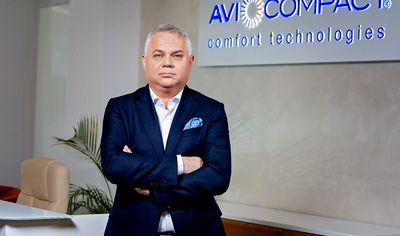 The operating result for the Q1 2019 increased to RON 1.28 billion compared to RON 1.08 billion in the same period in 2018, mainly due to higher commodity market prices.

OMV Petrom data also shows an improved net financial result, from a loss of RON 63 million in Q1 2018, to a gain of RON 24 million. In this context, the profit before tax amounted to RON 1.31 billion, higher compared to RON 1.01 billion in the first three months of 2018.

The oil company also reported a profit tax of RON 161 million, while its effective rate was 12 percent in Q1 2019 as against 16 percent in the first quarter of the previous year.

The company’s results show that the cash flow from operating activities amounted to RON 1.5 billion, down by 16 percent compared to Q1 2018, “mainly as a result of higher corporate tax paid and the increase in working capital net, driven by larger stocks. ” After the payment of dividends, the extended cash flow materialized in cash receipts of RON 666 million in the first quarter of 2019, compared to the amount of RON 729 million.

In the case of investments, the company reported an amount of RON 826 million, down 2 percent compared to Q1 of the previous year.

On April 19, the Ordinary General Shareholders Meeting (AGOA) approved OMV Petrom SA’s Income and Expense Budget for the financial year 2019, with an estimated investment of RON 4.17 billion (including increases in the shares held by OMV Petrom S.A. in the subsidiaries in the group, which are eliminated on consolidation).

At the same time, the OGM approved the distribution of dividends for the financial year 2018 in the gross amount of RON 1.52 billion (gross dividend per share in the amount of RON 0.027).

OMV Petrom is the largest South East European energy company with an annual oil and gas output of 58.3 million boe (barrel of oil equivalent) in 2018. The Group has a refining capacity of 4.5 million tonnes annually and operates a plant high-efficiency electric power plant of 860 MW. On the retail petroleum distribution market, the Group is present in Romania and its neighboring countries through 794 gas stations at the end of 2018 under two brands – OMV and Petrom.

OMV Aktiengesellschaft, one of the largest listed industrial companies in Austria, holds 51.01 percent of OMV Petrom’s shares. The Romanian State, through the Ministry of Energy, owns 20.64 percent of OMV Petrom’s shares, Fondul Proprietatea owns 9.9985 percent, and 18.35 percent is traded freely on the Bucharest Stock Exchange and the London Stock Exchange.

OMV Petrom is the largest contributor to the state budget, with EUR 27.8 billion in taxes, taxes and dividends paid between 2005 and 2018.

Investing in Black Sea gas not decided yet

The current legislative environment does not provide the necessary prerequisites for an investment decision worth several billion in the Black Sea Neptune deposit, according to the company’s first-quarter financial report.

“Neptun Deep: The current legislative environment does not provide the necessary premises for an investment decision worth several billion. We remain keen to see the developed Black Sea deposits and we will continue the dialogue with the authorities to understand the way forward,” says the company officials.

According to them, a stable, predictable and investment-friendly fiscal and regulatory framework is an essential requirement for developing future company investments, both onshore (offshore) and offshore (at sea).

Romania was net importer of electricity in the first three months of this year, and OMV Petrom’s Brazi power plant produced 21 percent more than in the same period last year, according to the company’s financial report.

“According to the data currently available from the system operator, national electricity demand fell by 3 percent, while domestic output declined by 11 percent in Q1 2019 compared to Q1 2018. Therefore, Romania was a net importer of electricity in Q1 2019,” reads the document.

OMV Petrom net electricity production was 1.08 TWh in the first quarter, 21 percent higher than in the same period last year.

The Brazi power plant, with a capacity of 860 MW, was operational at full capacity and benefited from higher margins supported by the prices of electricity supplied in the grid, the company said.

For the whole year, OMV Petrom estimates that the entire demand for electricity will be relatively similar compared to 2018.

OMV Petrom produced 1.13 billion cubic meters in the first three months of the year, down 8 percent year-on-year, according to the company’s financial report, published on Friday.

Overall, hydrocarbon production at group level decreased by 5.5 percent due to the natural decline in Romania and a temporary interruption in 2018 of Kazakhstan’s intervention and capital repairs activities.

“According to OMV Petrom’s estimates, national demand for natural gas decreased by about 4 percent in Q1 2019 as compared to Q1 2018 as a result of warmer weather. On centralized markets in Romania, where liquidity was lower as a result of legislative uncertainty from the beginning of the year, the weighted average natural gas price for transactions concluded in Q1 2019 (0.2 TWh) with delivery up to Q2 2019 was RON 122.5 per MWh,” said the report.

Also, OMV Petrom’s natural gas sales volume dropped by 14 percent in the first quarter of 2019 compared to the first three months of last year, due to lower gas production and smaller volumes available in warehouses at the beginning of the year.

IMMOFINANZ with top performance in Q1-3 2021: results of operations and net profit...

Alpha Bank Romania announces financial results for the first nine months of the...

EVERGENT Investments reports the highest value of assets in the company’s history and...