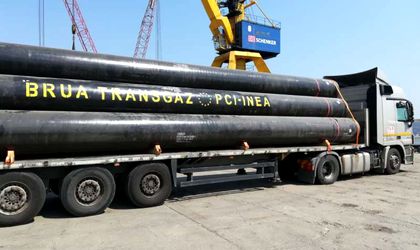 The National Natural Gas Transport Company, Transgaz, registered a net profit of RON 191.4 million in the first quarter of 2019, 19 percent lower than in the same period of last year, when it was RON 236.6 million.

The revenue was influenced mainly by factors like the commodity component revenue, lower by RON 26.2 million due to the commodity transmission tariff that was reduced by RON 0.48/MWh, with a negative influence of RON 21.5 million, and the gas transmitted capacities, reduced by 1.852 TWh or 165.5 million cubic cm, among others.

Transgaz aims to fulfil the national strategy for transport, international transit, gas dispatching and research and design in the field of natural gas transportation by carrying out, in compliance with the Romanian legislation, trade documents corresponding to the activity approved by the Constitutive Act.