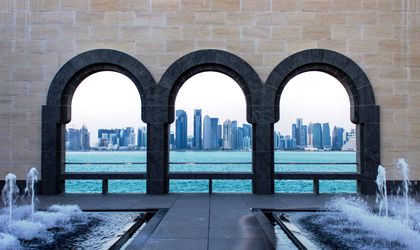 The state of Qatar has announced that it would leave the Organization of Petroleum Exporting Countries (OPEC) on January 1, according to CNN. State oil company Qatar Petroleum made the announcement in a series of messages posted on Twitter.

The decision comes amid a deteriorating political situation between Qatar and its neighbours. Four Arab states – Saudi Arabia, the UAE, Bahrain and Egypt – have imposed a trade and travel embargo on the country since last year over its alleged support for terrorism.

“The withdrawal decision reflects Qatar’s desire to focus its efforts on the development and growth plans for its natural gas production,” said in a tweet Saad Sherida Al-Kaabi, state minister of energy affairs.

OPEC members together supply about 44 percent of the world’s oil. The organization aims to monitor the market and decide to increase or decrease crude oil production to keep prices and supply stable. Qatar became OPEC member since 1961. The Arab state announced that the organization was aware of its decision to withdraw.

“Qatar has decided to officially withdraw from OPEC membership in January 2019, and this decision was communicated to OPEC this morning,” said Al-Kaabi in a press conference, adding that his country would attend the meeting OPEC in Vienna this week, the Reuters agency said.

The announcement comes before a meeting of OPEC members and its allies, including Russia, on 6-7 December, to discuss the reduction of oil supply costs.

The minister said the decision was not easy because Qatar was in the OPEC for 57 years, but the country’s impact on the organization’s production decisions was small. He stressed that Doha will continue to meet all its commitments like any other oil producer outside OPEC.

OPEC announced at G20 summit that it will keep cutting the oil production in order to increase the oil price, after a meeting will Vladimir Putin, that vowed to stay in line with the OPEC decision.