Petromidia refinery processed a record amount of 6.33 million tons of oil in 2019 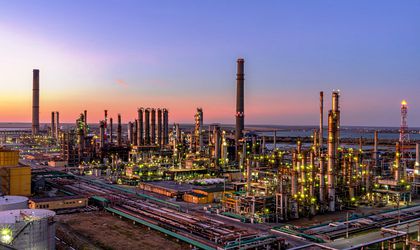 Rompetrol Rafinare, part of the KMG International Group, managed in 2019 to maintain a positive trend in terms of operational results, with record values ​​for processed raw materials, fuel production and sales on the domestic market. In 2019, the two refineries owned by the Group registered a 7 percent increase in the total volumes of raw materials processed.

For the first time in its 40-year history, the Petromidia refinery has exceeded the threshold of 6 million tons – 6.33 million tons, a historical record. Also, the Vega Ploiesti refinery recorded record numbers – 436 kilo-tons (kt), compared to the 406 kt processed in 2018.

Due to the volumes of raw material processed, the distribution segment registered significant increases in terms of fuel marketing. Thus, in 2019, total fuel sales increased by 5 percent, from 2.38 million tons in 2018, to 2.5 million tons, last year.

In 2019, Rompetrol Rafinare recorded a consolidated gross turnover of approximately USD 5.2 billion, close to that achieved in 2018. Operational profit (EBITDA) decreased by 12 percent, to USD 131 million, and the net consolidated result was a negative one, over USD 48 million.

The declining financial indicators were mainly influenced by the fluctuations of the refining margin (USD 39.5/t in 2019, compared to USD 45.9/t in 2018) and the macroeconomic factors in Romania (7.5 percent depreciation of the RON / USD exchange rate, inflation of 4 percent in 2019). Also, to these results were added the volatility of quotations on the international market of raw materials and finished petroleum products.

Rompetrol Rafinare is Romania’s largest exporter of petroleum products, quantities delivered to KMG International subsidiaries in Bulgaria, Republic of Moldova and Georgia and to partners in the Black Sea region, amounting to 2.63 million tons of petroleum products – near the level of 2018.

The company is still one of the most important contributors to the state budget of Romania, the total amount paid last year being increased by 6 percent over that of 2018, up to about USD 1.6 billion.

Rompetrol Rafinare is mainly owned by KMG International (54.63 percent; directly and indirectly) and the Romanian State through the Ministry of Economy, Energy and Business Environment (44.69 percent).

The Petromidia Navodari refinery continued its production optimization programs and managed, in 2019, to complete a series of new investments, meant to bring more value to the operational processes (new system for liquefied petroleum gas recovery, modernized in-line blending units or digitizing processes by implementing Advanced Process Control). The programs initiated in 2014 aim, among other things, to increase the yield of white products, to reduce the technological loss or to optimize the operational costs.

The high volume of raw materials processed has determined, at the level of the Petromidia refinery, a total production of 1.37 million tons of gasoline and 2.93 million tons of diesel (up 5 percent compared to 2018). Also, the company managed to obtain 406 kt of Jet A1 aviation fuel, record level, with almost 30 percent over the quantities realized in 2018, as a result of optimizing the production recipes, but also to ensure the increasing market demand.

At the same time, Petromidia achieved a yield of 86.2 in white products (gasoline and diesel), a technological loss of only 0.8 percent wt and an energy consumption of 2.9 GJ / mt.

The largest and most complex refinery in Romania is considered to be one of the best performing units in Europe, Africa and the Middle East, according to a study made by a leading company specialized in comparative analysis in the energy sector. Petromidia has reached a complexity index of 11.4, which places it in the top of the refineries in the region.

Petromidia produces exclusively high quality Euro5 fuels (10 parts of sulfur per million), from the Efix and EfixS ranges, which can be found on the domestic market, but also in the Rompetrol fuel stations from the Republic of Moldova, Georgia and Bulgaria.

In 2019, the Vega Ploiesti refinery – the longest-standing unit in Romania and the only domestic producer of bitumen and hexane – recorded operational records for bitumen production (120 kt) and hexane production (92 kt).

Vega works in perfect synergy with the Petromidia – Năvodari refinery, the largest in Romania and one of the most modern in the Black Sea region. Thus, Petromidia supplies the full quantity of raw materials / semi-finished products to the Ploiesti refinery, needed to obtain special products with high added value.

In 2019, the gross turnover of the refining segment exceeded USD 4.4 billion and stood at a level similar to that of 2018. Operational profit (EBITDA) was USD 108 million, down 15 percent from the one recorded in 2018, and the net result registered a loss of USD 16.8 million.

The financial results were affected by the evolution of international quotations on raw materials and finished products, market conditions and refining margins.

Considering that the raw material for polyethylene installations is assured from import (ethylene), and the evolution and fluctuation of the quotation for this raw material in 2019 was a high one, the company decided to keep the LDPE installation in operation at a low flow rate and at the conservation of the HDPE unit.

The Petrochemical Division operated by Rompetrol Rafinare is the only one in the country, implicitly, the only domestic producer of polypropylene and polyethylene. The dynamic development of this segment has ensured the company a competitive position in the regional market (Black Sea, Mediterranean, Central and Eastern Europe), and the objective is to maintain the operational advantage once the market has stabilized.

The distribution segment recorded a gross turnover of USD 3.07 billion, similar to the level reached in 2018.

In 2019, the operational profit (EBITDA) increased by 37 percent and reached USD 51.5 million, up almost 14 million from the previous year. Also, the net profit was over USD 18.6 million, an evolution with 65 percent over the indicator of 2018.

The positive financial results were supported by the increase in fuel sales, the adaptation to the domestic demand, which is why 54 percent of the products obtained at the refinery were marketed domestically, but also because of the opening of 46 new fuel sales points.

Rompetrol Downstream continued last year the expansion program of the fuel distribution network and also of the rebranding program of the petrol stations. Thus, at the end of 2019 it reached a network of 964 units, compared to 918 points, in 2018 (the network of own stations, partner stations, mobile stations: express, internal bases of 9 and 20 cubic meters).