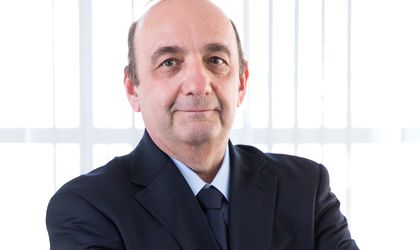 ARTROM STEEL TUBES, one of the leading pipe companies in Europe, with operations in Romania in Reșița and Slatina, announces the change of the ownership of the company, the renaming of the companies and the appointment of a new Board of Directors.

Hefestos Capital, the largest investment banking company in Southeast Europe, based in Belgrade, has purchased from TMK Group (PAO TMK) the shares held in the German company TMK EUROPE GmbH, which is the majority shareholder of TMK ARTROM SA.

“We are pleased to announce that we have acquired 100% of ARTROM STEEL TUBES, the leading Romanian industrial group and one of the leading manufacturers of specialty steel pipes in Europe and the world. For 21 years we, at Hefestos Capital, have made our mission to assist and develop leading companies and brands in South Eastern Europe to renew old leaders and create new champions. Our acquisition of ARTROM will allow us to do exactly this and give a new life and flourish to this venerable industrial company. We look forward to working together with ARTROM’s management both old and new and skilled employee team, as well as the Romanian Government, our suppliers and customers across the world, to further develop and grow ARTROM’s franchise and footprint”, says Milutin Nikolic, Hefestos Capital co-founder.

As a result of the transaction, the new beneficial owners of the ARTROM Group and its companies in Romania, Italy and the USA are Serbian co-founders of Hefestos Capital, Milutin Nikolic and Pavle Kavran. These companies are no longer part of the TMK Group, no longer controlled by it and no longer linked to the former Russian investor. Moreover, the transaction has already been certified by the competent authority in Germany, the new beneficial owners have been registered with the Romanian Trade Register and all relevant Romanian authorities have already been informed. With the change of the shareholding, the cancellation of the decisions to freeze the funds of the Romanian companies (former TMK) was also requested, due to the sanctions imposed on the former beneficial owner.

”This moment is a very important one for the future of the company because it paves the way out of a period of extreme difficulties caused by the listing of the former beneficial owner of ARTROM as a sanctioned person. From now on, the ARTROM Group can resume its development programmes that have been postponed by successive crises over the last three years – the pandemic and the war in Ukraine – and continue its activity in the markets where it has distinguished itself over the years. Moreover, the change of the beneficial owner generates a lot of confidence and stability among the 2350 professionals working in the ARTROM Group companies in Europe and the USA”, says Adrian Popescu, Chairman of the Board of Directors of ARTROM STEEL TUBES.

Adrian Popescu, who has been leading ARTROM for more than 30 years from the position of CEO, became Chairman of the Board of Directors of the company following the approval of a new Articles of Association at the most recent Extraordinary General Meeting of Shareholders. Cristian Drinciu, who served as Deputy Chief Operating Officer for over 25 years, has been appointed as CEO. The company’s management team remains the same. There will also be no changes in the management of the company’s foreign subsidiaries and work will continue with all partners under the existing contractual terms. The ARTROM Group will operate on a stand-alone basis and will continue to develop its business in all market segments in which it is present.