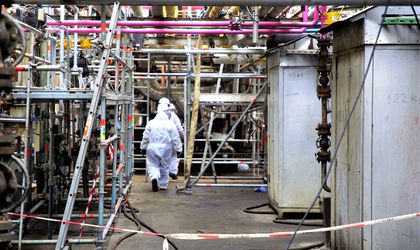 Rompetrol Rafinare, a member company of KMG International, has successfully completed the turnaround of the Petromidia refinery and has initiated the restart of the production units. In the next period, they will re-enter the operational flow and gradually reach the nominal capacities.

“The general turnaround is an absolutely necessary and mandatory measure to carry out our activity in complete safety, but also to protect employees, communities in the area and the environment. Through the preventive measures adopted at the level of the Petromidia platform, we managed, together with all those involved, to carry out these works safely and without incidents during the 45 days,” said Felix Crudu Tesloveanu, General Manager of Rompetrol Rafinare.

The works were coordinated by Rominserv, the provider of technological solutions for the KMG International Group, and were carried out on a large area, of over 200 hectares, with considerable distances between work points, mainly in the open air and in compliance with the rules of social distancing. For the general turnaround of the Petromidia refinery, only Romanian companies were contracted.

Durind the general turnaround, Rominserv and Rompetrol Rafinare specialists focused on maintenance operations, compliance, but also on new projects to support the refinery’s evolution on the upward operating trend in recent years. The most important investment projects were the replacement of the reactors from the Catalytic Reforming installation with some of the latest generation and the replacement of the main assemblies of the Catalytic Cracking installation, with some more efficient from the point of view of the operational processes.

In total, almost 1,500 works were executed. In the 45 days, the teams intervened on a number of 1,000 static machines, 150 rotative machines, over 2,600 pipes and tubes and approximately 560 electrical machines.

The re-commissioning of the Petromidia facilities is carried out simultaneously with the resumption of production processes at the Vega refinery, the only national producer of bitumen and hexane. The unit in Ploiești was also under a general turnaround, for the maintenance and compliance of the existing installations on the platform.

In 2019, the Petromidia refinery remained on the upward trend of operating results, with a total volume of 6.33 million tons of processed raw materials. This resulted in record production for petrol (1.37 million tons), diesel (2.93 million tons) and Jet fuel (406 kt).

The Petrochemicals Division, the only domestic producer of polypropylene and polyethylene, processed in 2019 a total of 153 kt of propylene, up 6 percent compared to 2018. The dynamic development of this segment has ensured the company a competitive position in the regional market (Great Black, Mediterranean, Central and Eastern Europe).